St Andrew's dates to the late 12th century. It was originally a parish church but was later made a chapel of ease to St John's, the other church in Cranford. To the 12th century core was later added a 13th century tower.

The church is built of limestone rubble dressed with ironstone ashlar.The church stands in the grounds of Cranford Hall, and is reached by way of the drive to the Hall. Cranford Hall has been the home of the Robinson family for over 300 years. 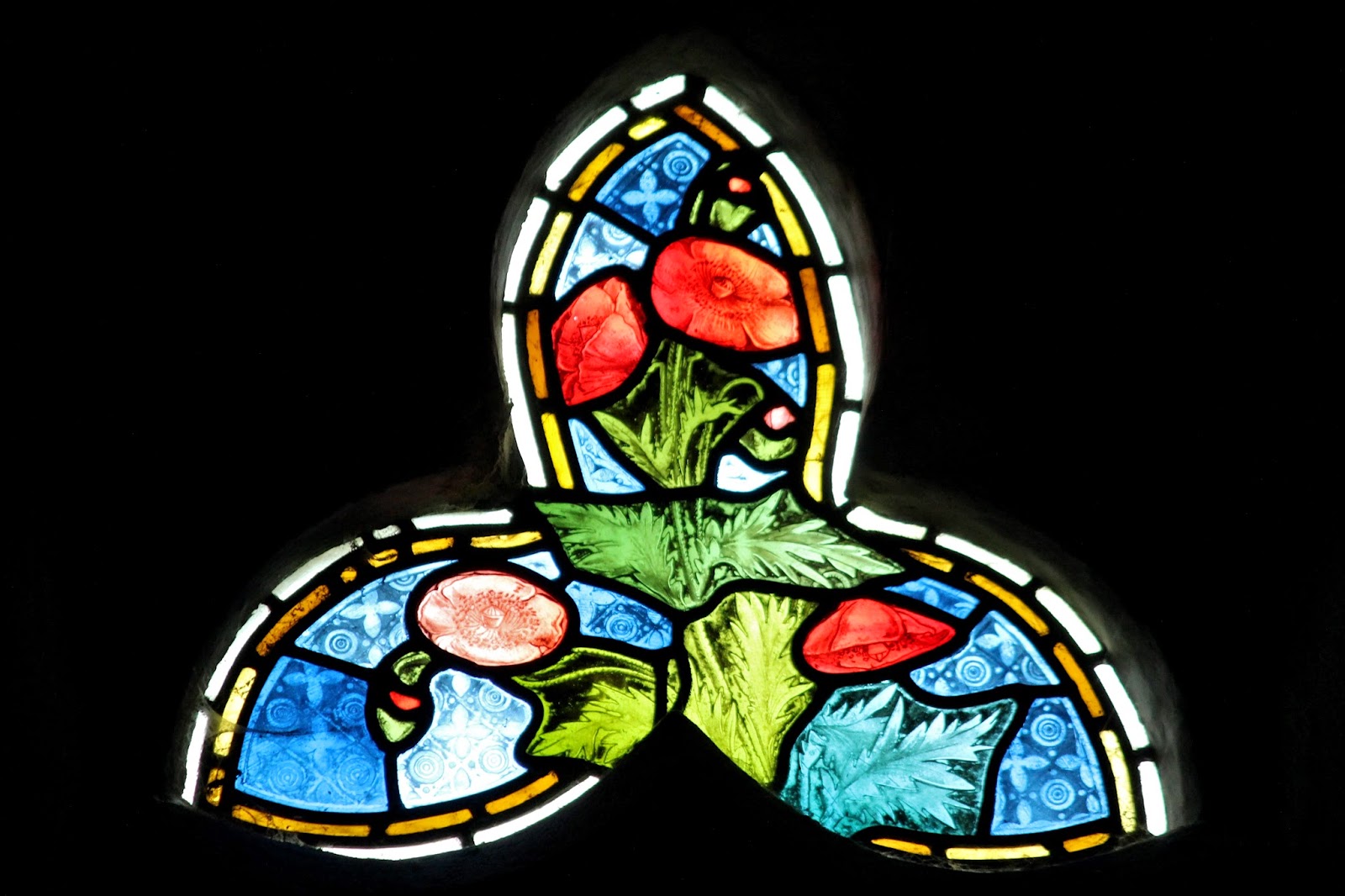 textiles used in this installation are reworked tea towels from the Invisible Threads / Combe Abbey Installations with extra imagery added, working with distress and staining acquired during previous incarnations. The poppy motif seen in the window above has been incorporated in a different form and the use of overprinting and printing on both sides of the textile, hanging where light can travel through the material making both sides visible at the same time reference the patchwork effect of the glass in the main stained glass window above the altar. 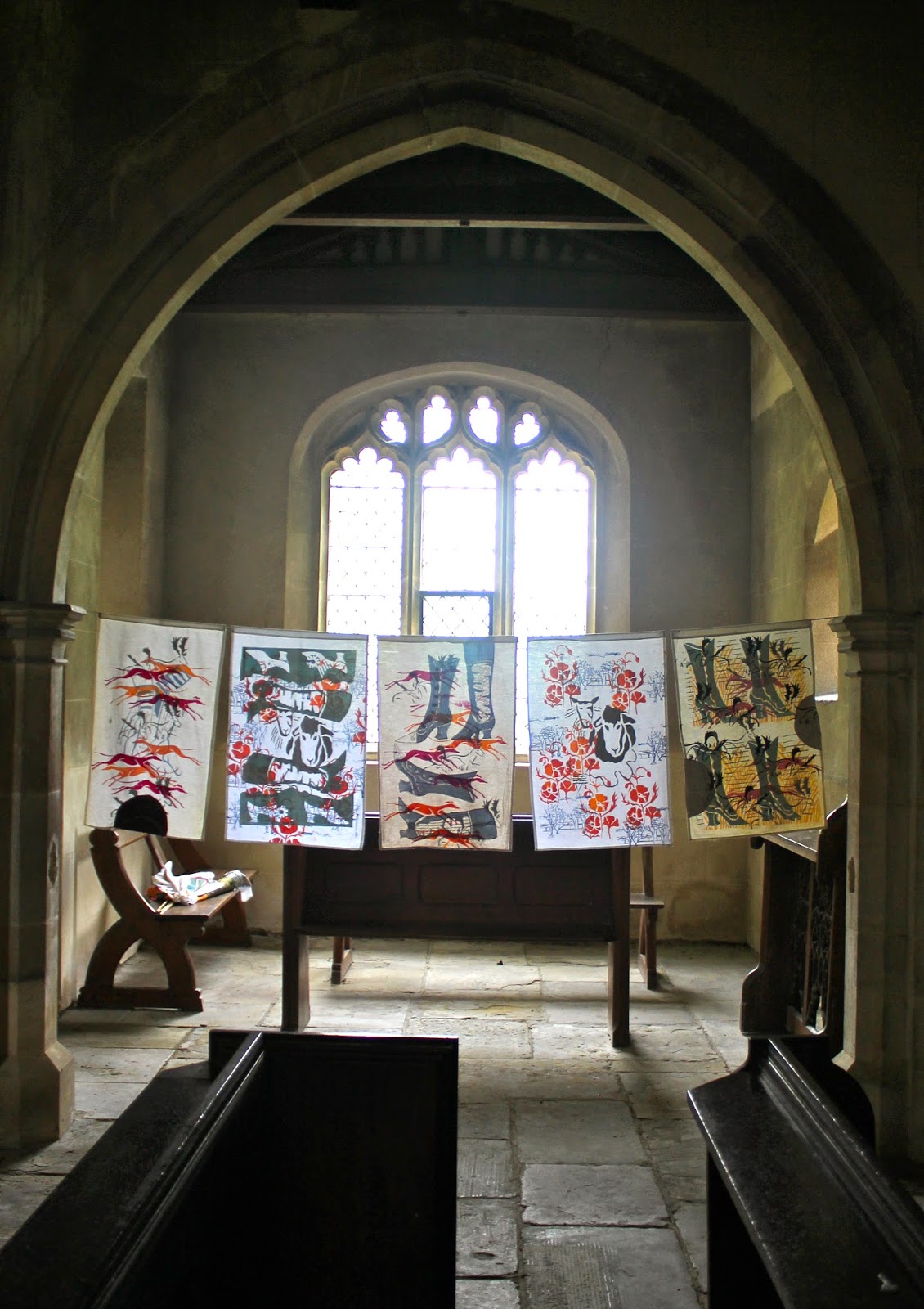 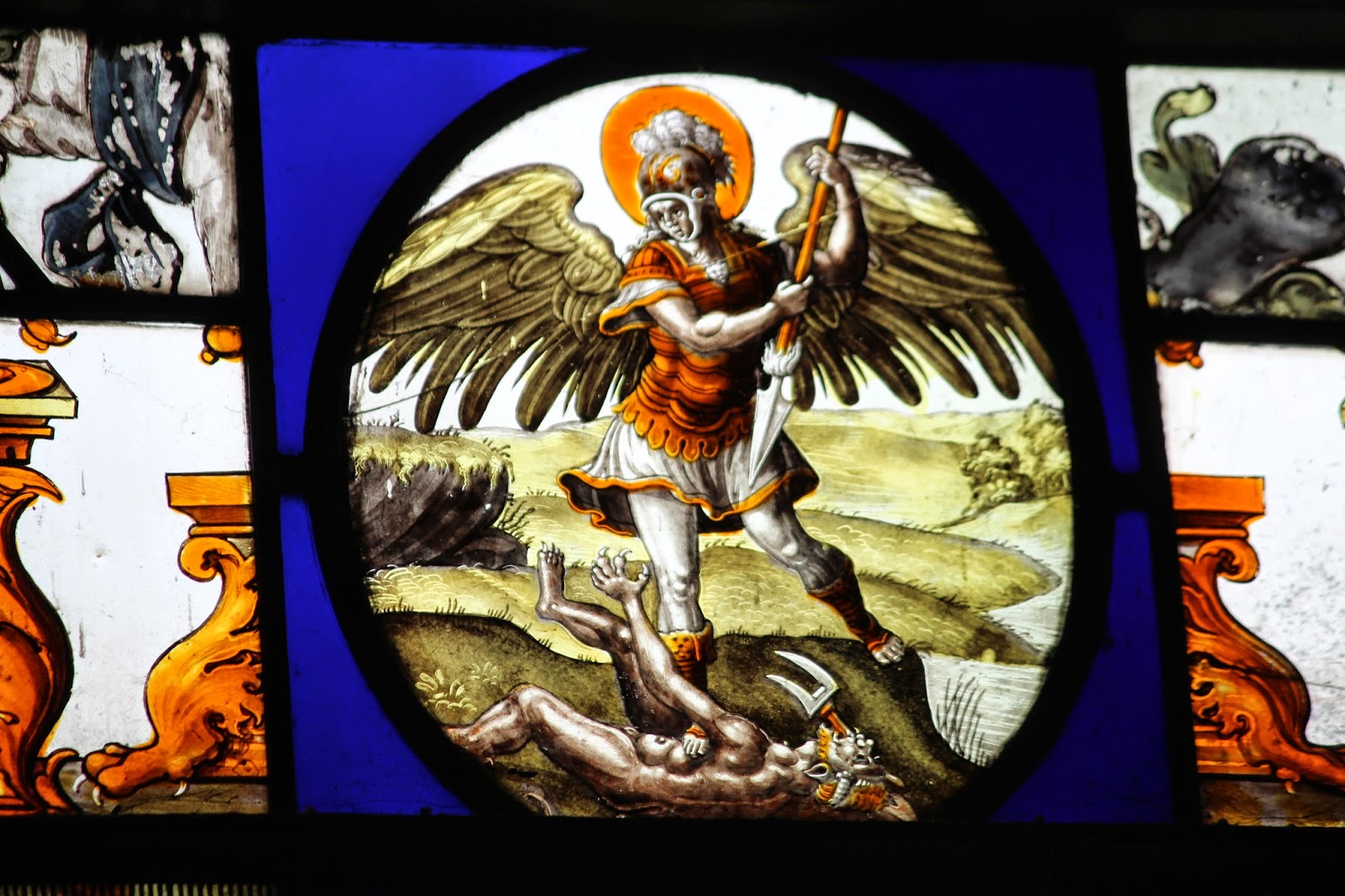 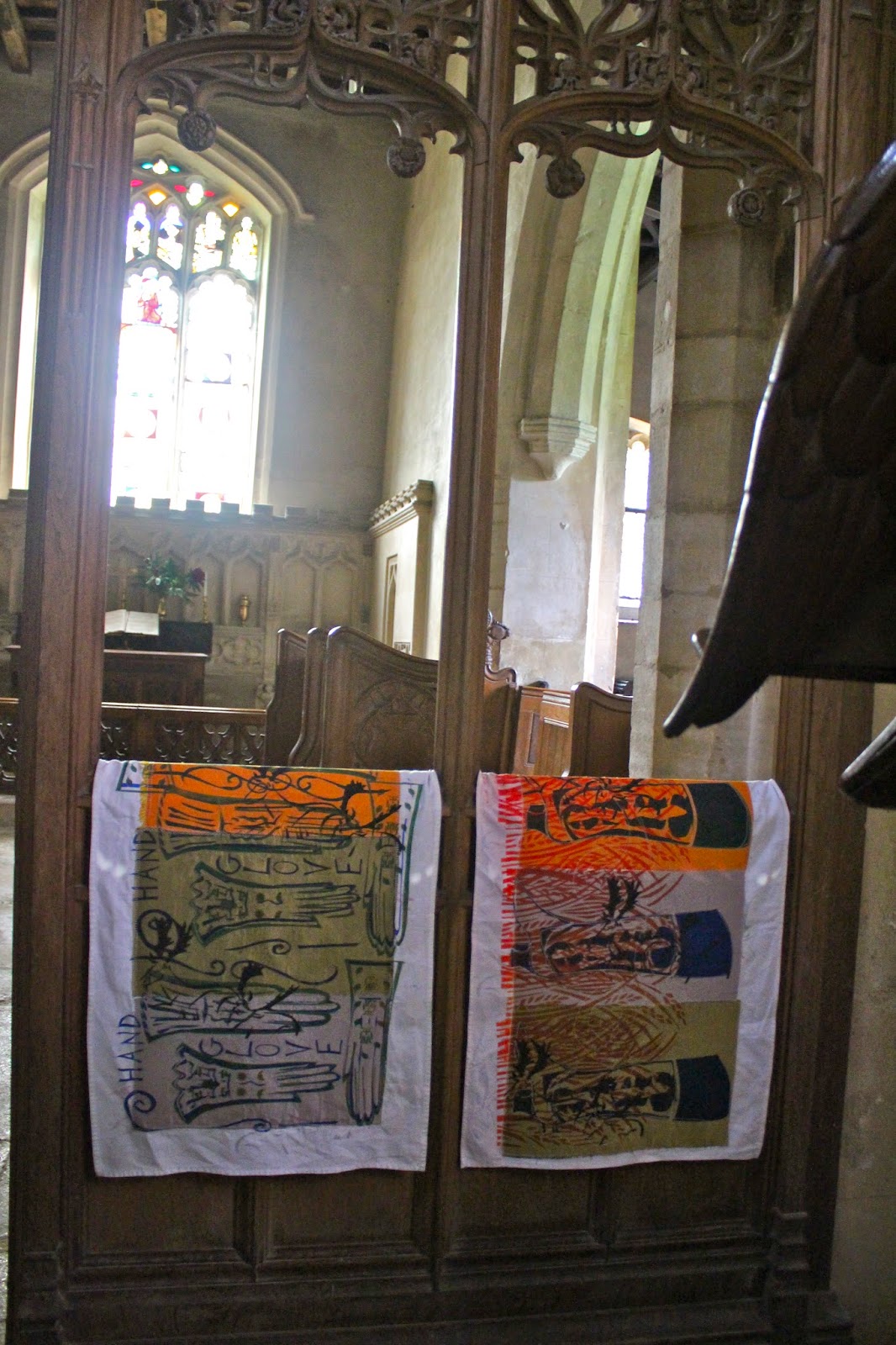 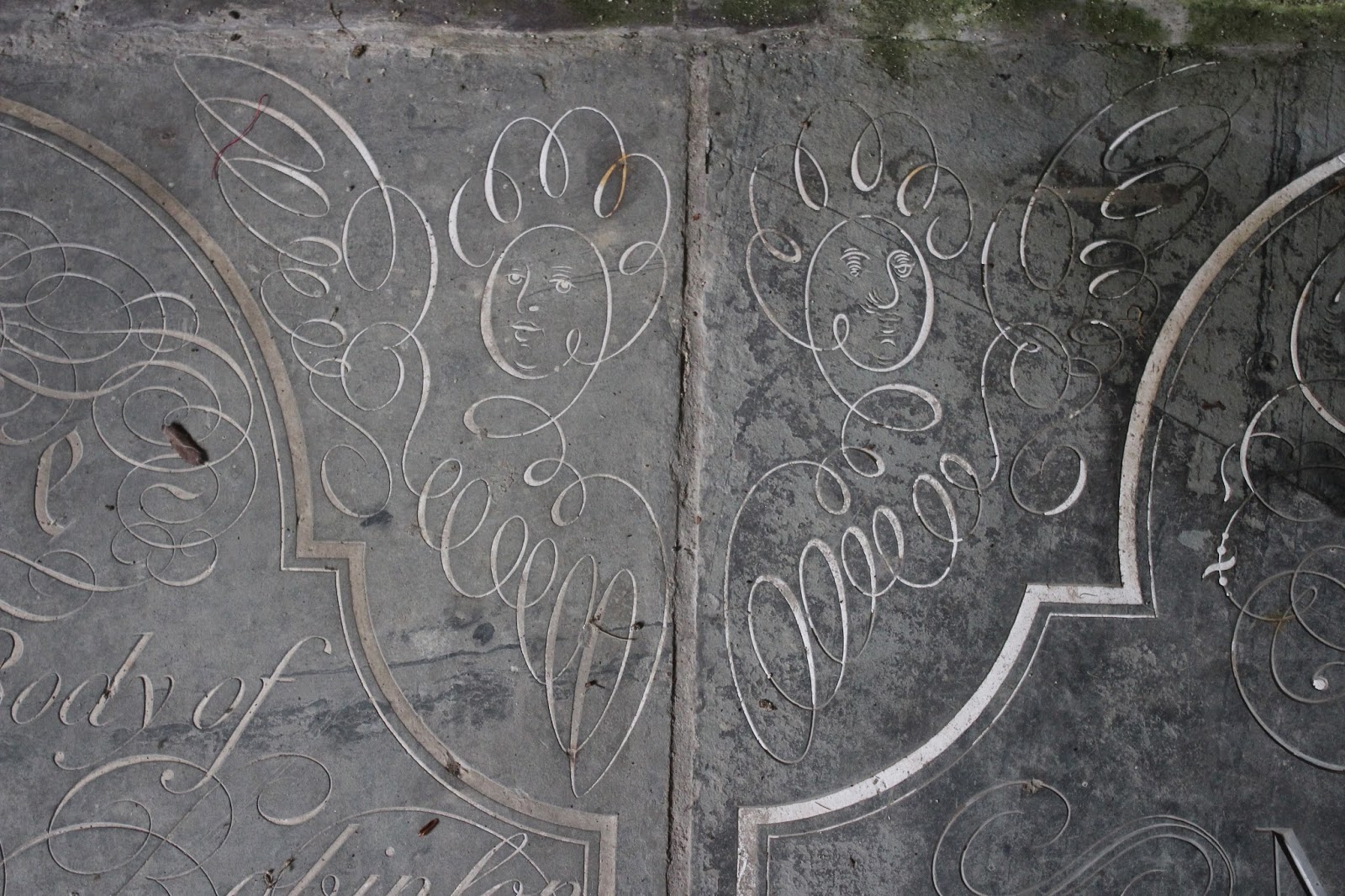 The walk to the church from the main road takes the visitor through a field which has both trees and sheep grazing and the building seems both a public space and attached and owned by the main house. I imagined the many feet that came and went through the field, from the village and Cranford Hall making their way through time, history and varying social strata. 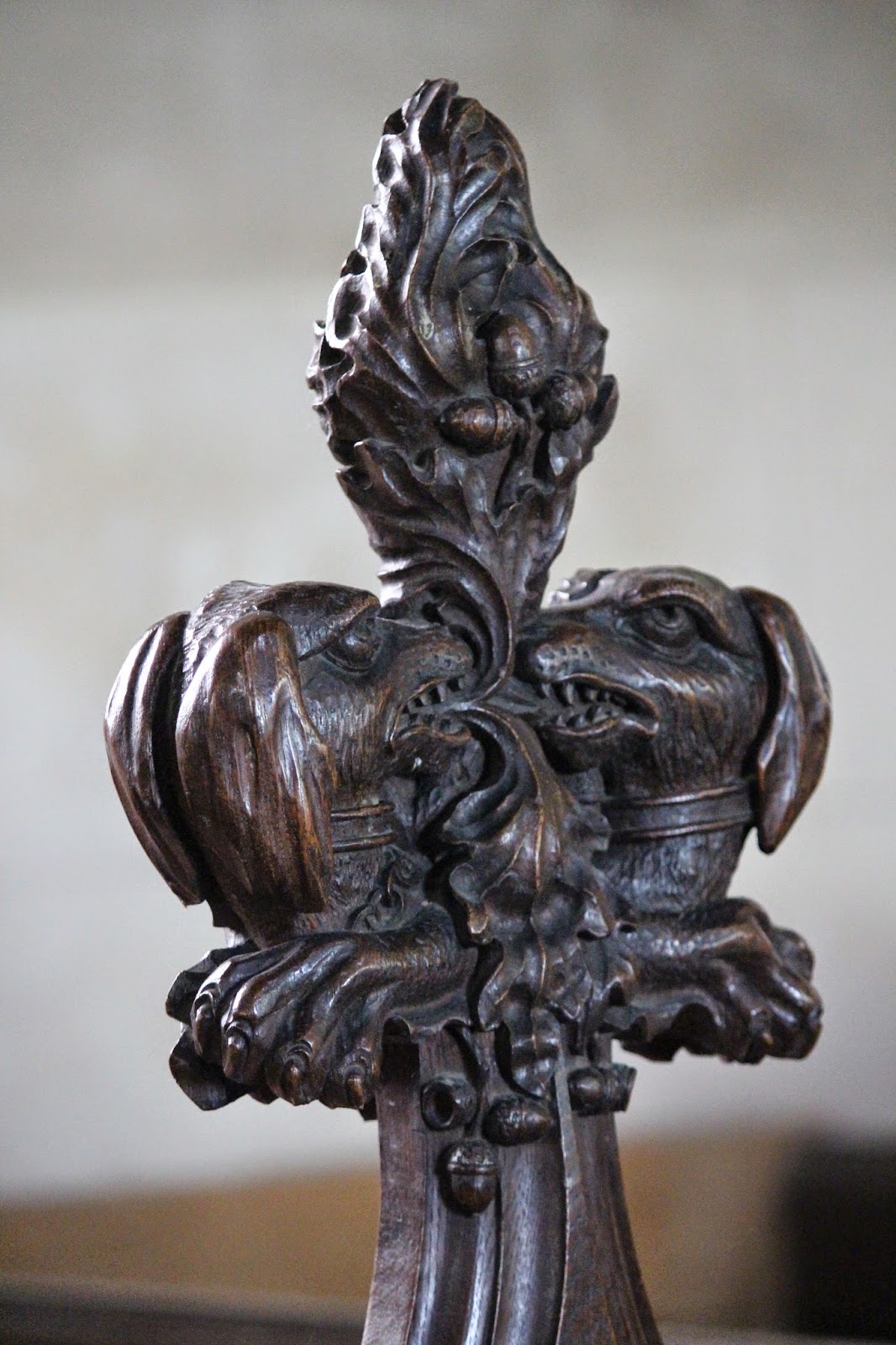 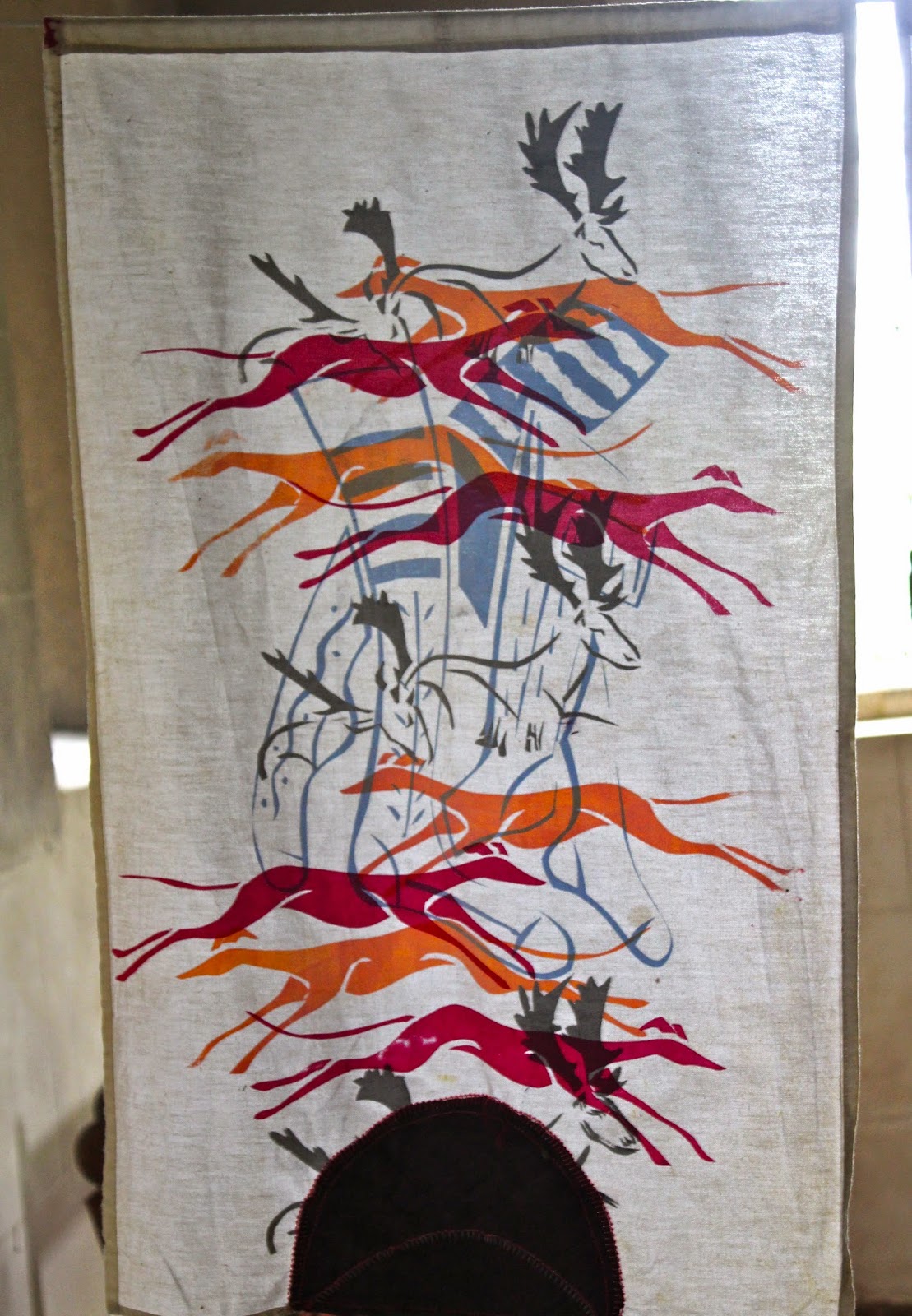 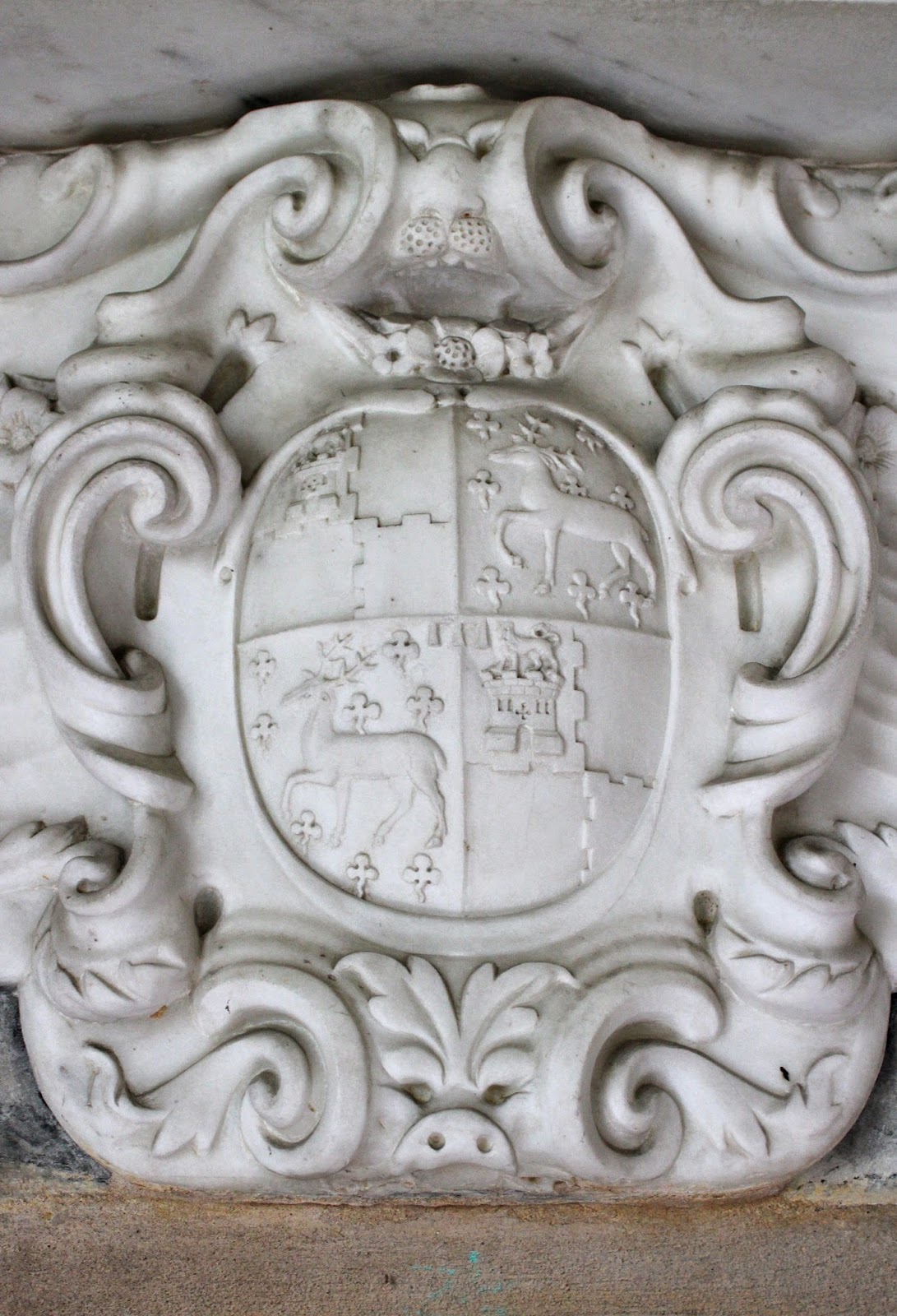 influenced my choice of imagery. 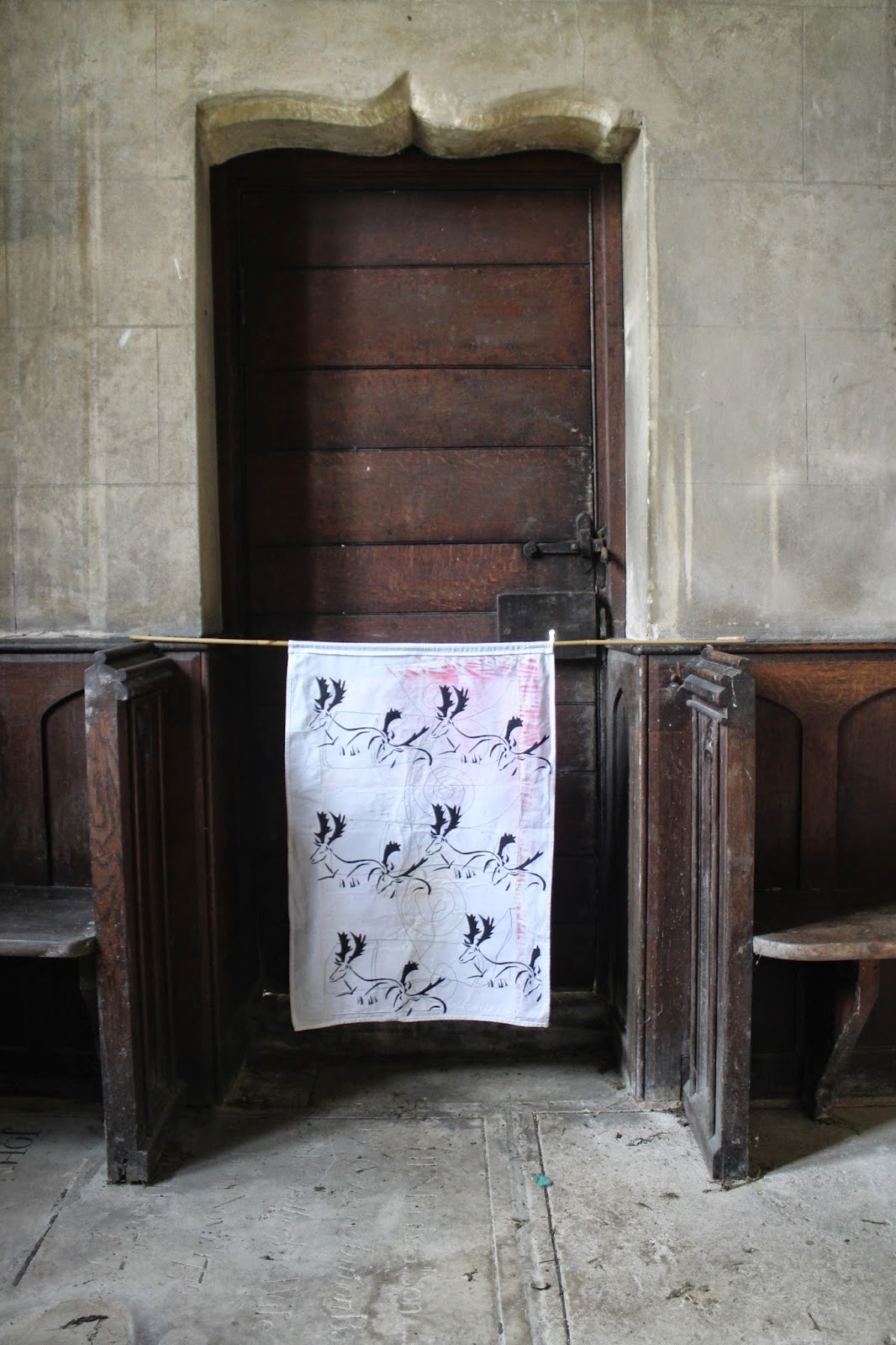 There is a strong sense of memory and mortality 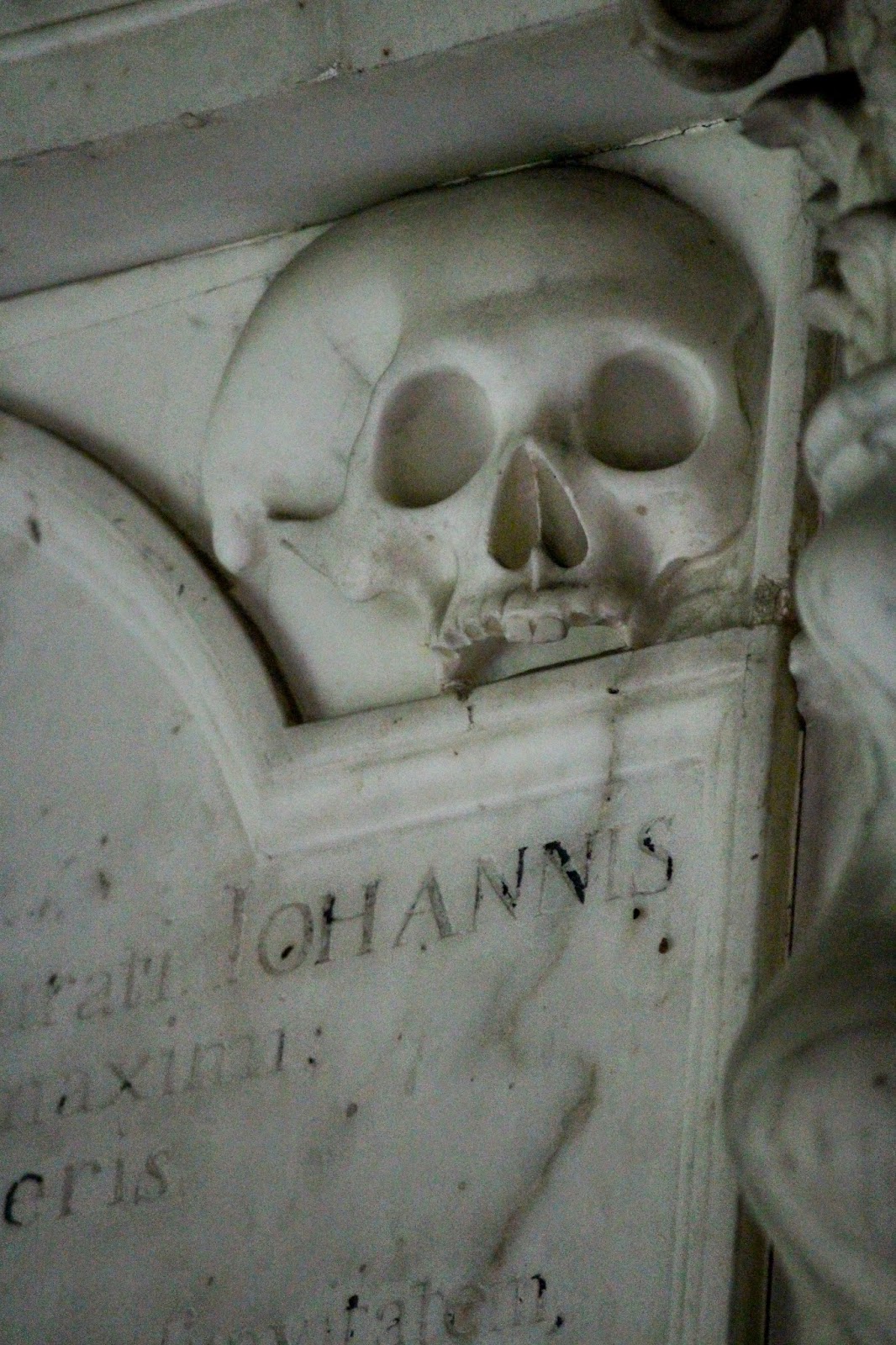 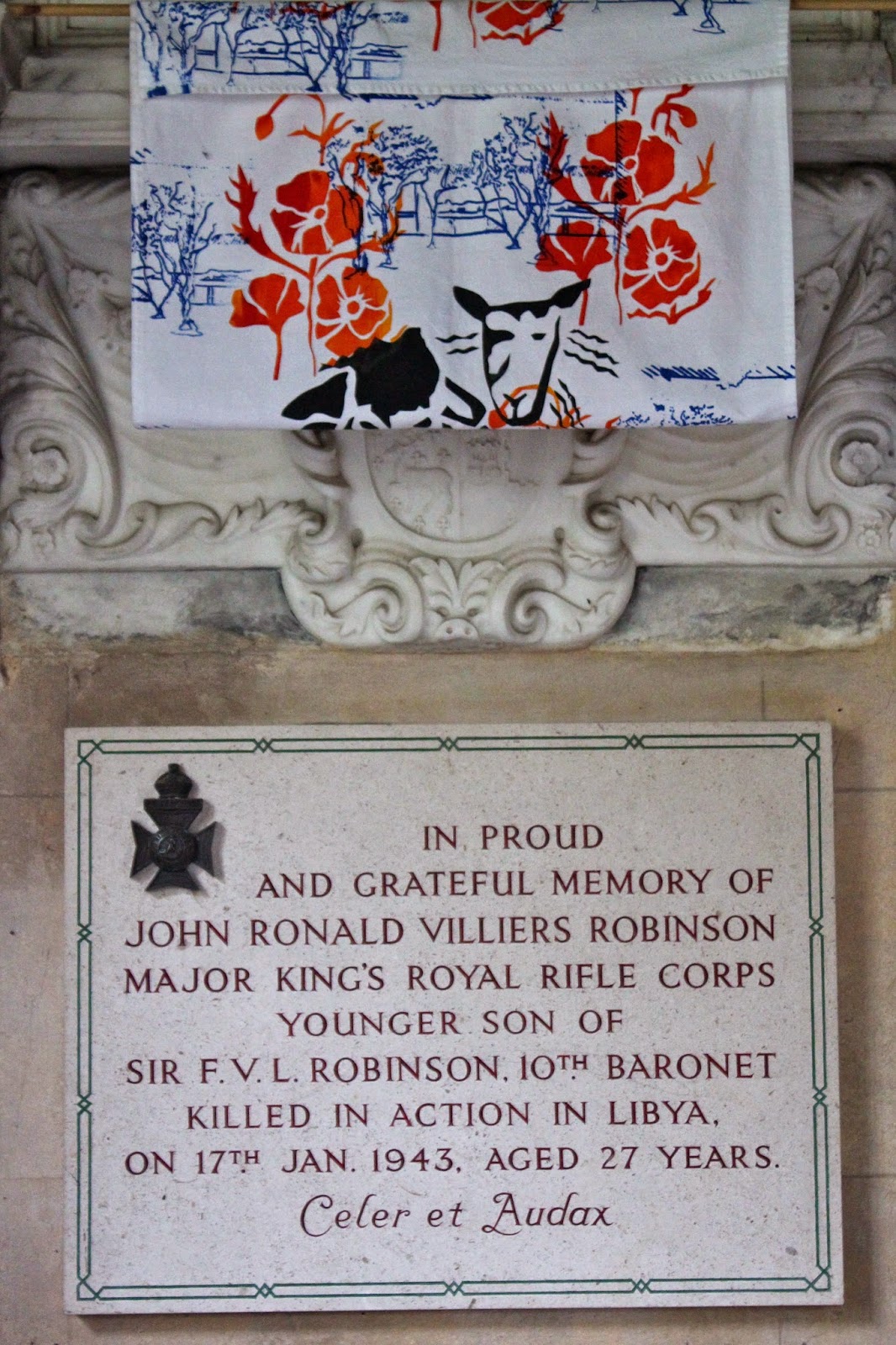 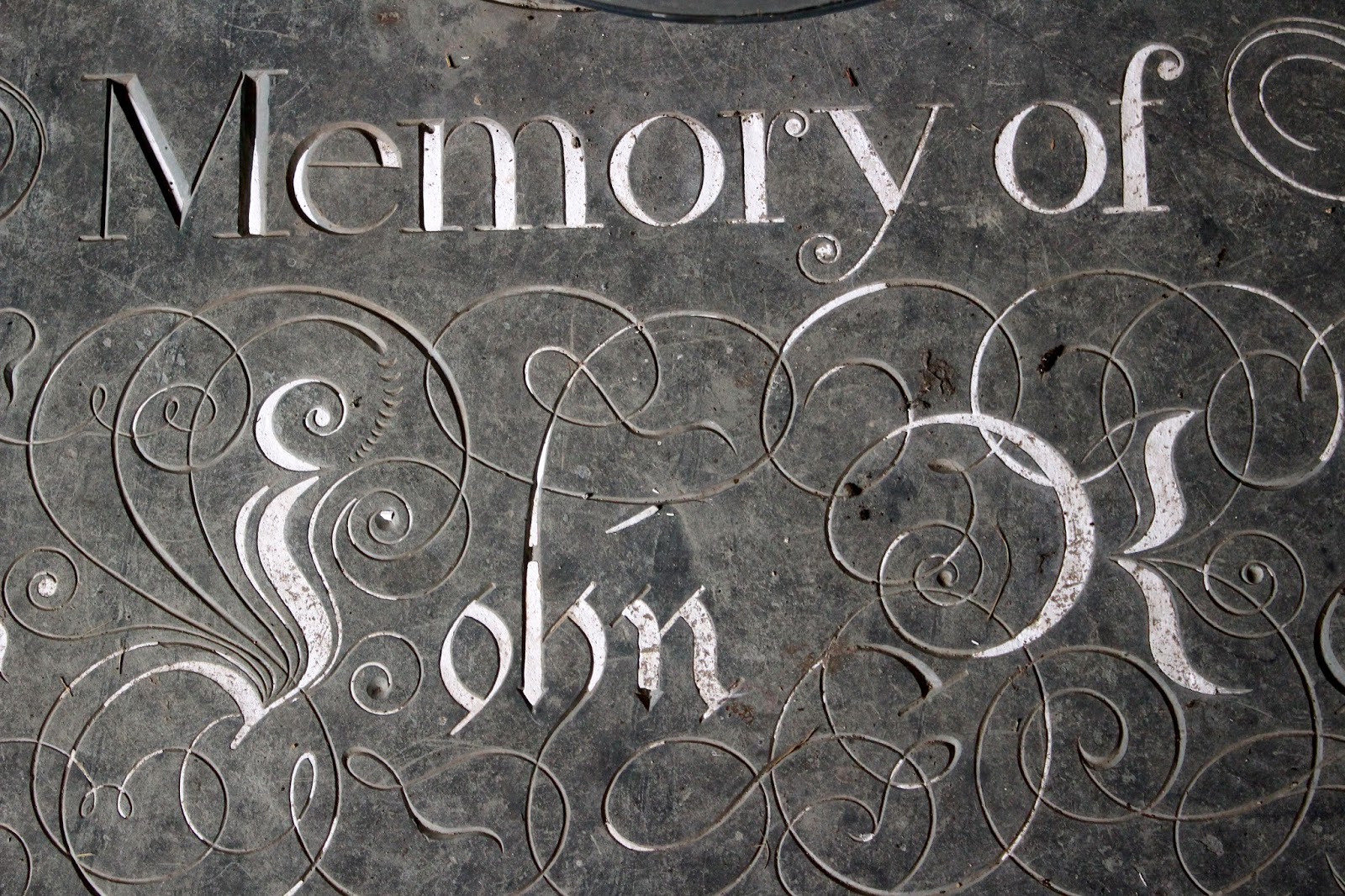 "Memento mori (Latin 'remember that you will die', or also memento mortis, “remember death”, is the Latin medieval designation of the theory and practice of the reflection on mortality, especially as a means of considering the vanity of earthly life and the transient nature of all earthly goods and pursuits." Wikipedia 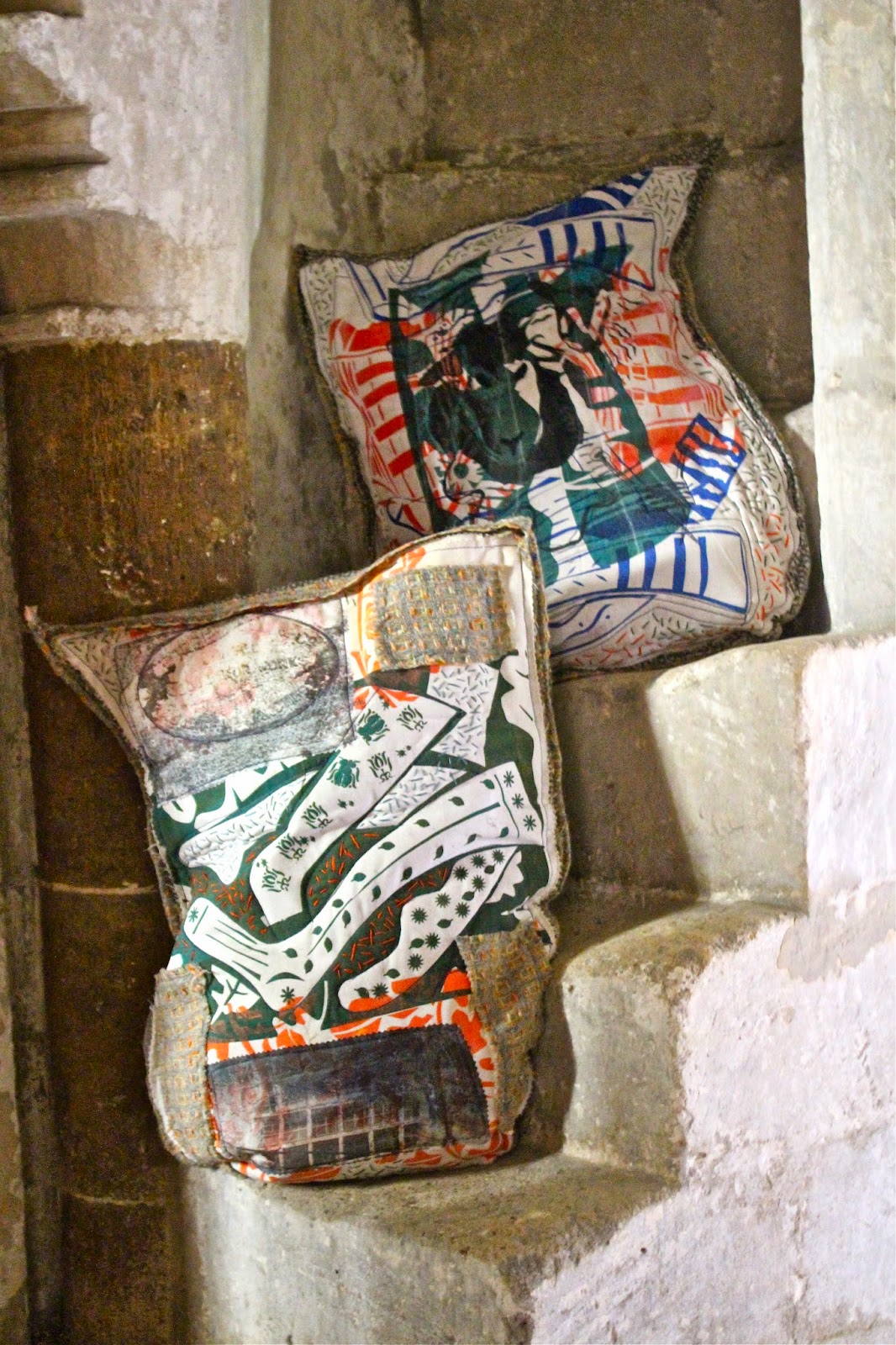