Deep Roots, Tall Trees - A Race Against the Rain

It was a race against the rain in Coronation Park on Saturday evening, as we all came together on stage the clouds gathered amongst the deep roots and tall trees. After some safety advice in case of rain, Barb Jungr guided Corby Community Choir  fearlessly through our songs. Rumour has it that you could hear us in the town centre. The children playing and dancing, friends, family and community members who came to see us made it a very special evening. We had to start a little early so some of the audience missed the set but the atmosphere was wonderful and our celebrations later that evening showed once again that people in Corby just know how to have the best time! 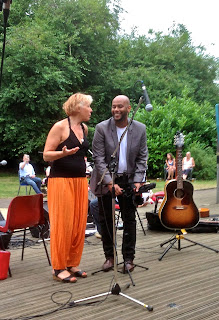 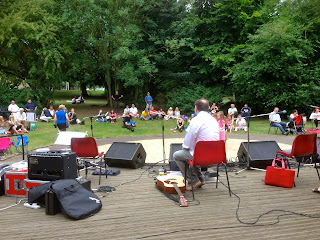 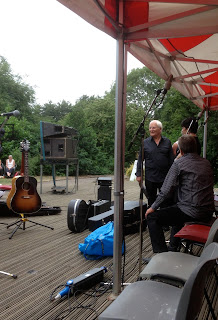 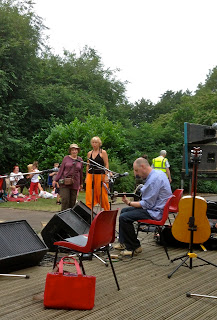 Kate Dyer and Barb getting us organised! 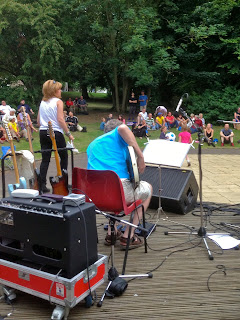 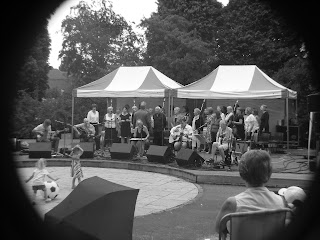 "We had a ball at Coronation Park - the weather - frankly - sucked - but we sang and played and triumphed. Thank you Gareth Fuller, Kate Dyer, Rosalind Stoddart, Mark Brennan, Nick Finn, all the choir and Head of Snakes." Barb Jungr

You can catch the full magic of Barb Jungr performing Form Stockport to Memphis, a selection of songs including those of Bob Dylan, Leonard Cohen, Neil Young, Northern Soul and much more at the Queen's Hall, Edinborough, August 21st. We were lucky enough to see this at The Core earlier this year, it's a treat for the ears and a tonic for the heart! 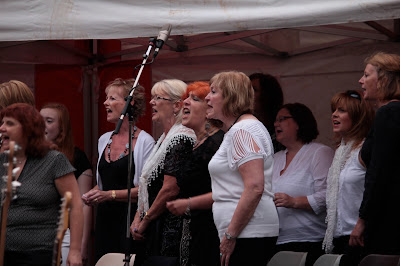 The choir is guided by Gareth Fuller who has done much work to improve our breathing, blend and confidence since our first performance last year. It is a wonderful way to spend time with a great group of people doing something that really boosts wellbeing and happiness! The choir is taking a break until September but will be rehearsing back at the Core on Friday evenings after that, if you would like to join us please contact Kate Dyer at Corby Community Arts for more details.