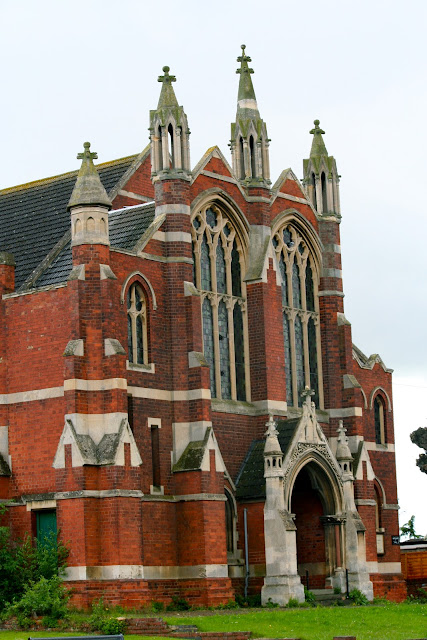 This poor building is the Methodist Church in Higham Ferrers which was built in 1902 / 03 by architect Thomas Dyer, over the years I have watched it fall further and further into disrepair. I can never understand why empty buildings have their windows smashed and I would have loved to see these ones from the inside, with the light shining through them. I made some enquiries but sadly the building is now in such a dangerous state that it is impossible to view the interior and apparently everything that could be stripped out has been stripped by those that prey upon empty buildings. The former congregation now worship in Rushden and have been caught in a difficult situation. They tried over the course of many years to raise the funds to have the necessary repairs made to this church and now it is too late. Apparently they hope to sell their church in Rushden which will release the funds to demolish the Higham Ferrers church building. The site will be used to build a modern, multipurpose place of worship which will also have spaces for community use.

There are some interesting facts about the Methodist Circuit and the plans for the new church which was recorded on the Rushden Research website in 2007. 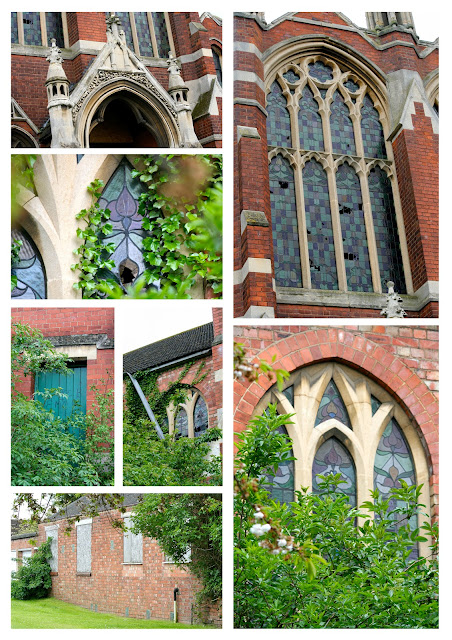 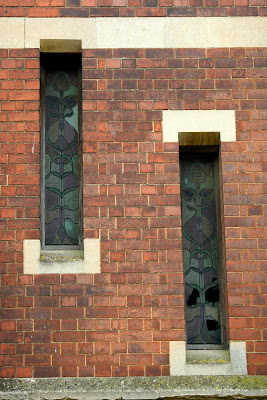 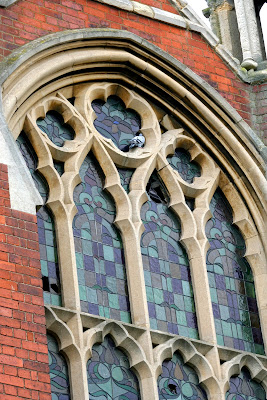 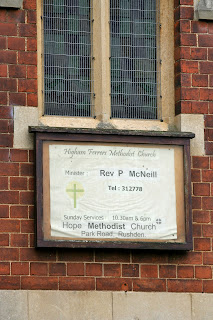