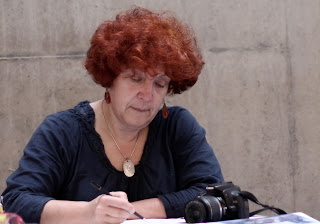 During a few brief moments October I gave myself permission to draw, I have been heavily involved with Back To Books Big Draw activities at the Cube in Corby. The Family Drawing Days were great fun, with a steady stream of adults and children coming to make drawings in and around the building. 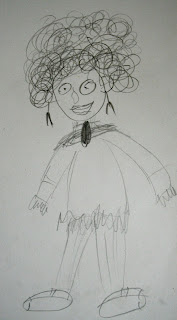 This is an uncannily accurate portrait of me by Oscar Cullinan! 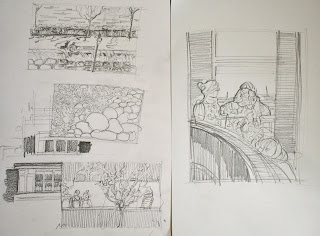 As it had been quite some time since I'd allowed myself the pleasure of drawing I just made quick sketches in between the activity of others, trees in the car park, pebbles on the roof, people sitting waiting for a bus, a family exploring the view from the top of the spiral staircase. 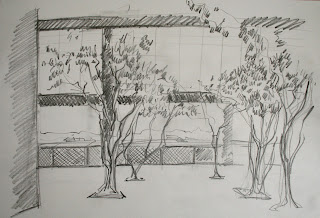 I wasn't trying to be accurate, I just wanted to enjoy the soft bite of the pencil on paper, the longer it is between one drawing and another, the more timid one is likely to become, that's why the Big Draw is such a life enhancing proposition and it really does encourage all sorts of people to pick up some sort of drawing equipment and start making a mark. 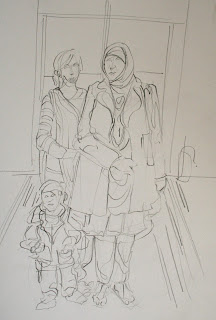 It allows you to go back to the joy of looking, thinking and exploring what is seen and felt in the bustling world around us, tracing the shapes people make inside the space.

During half term we visited Compton Verney  spending a really enjoyable day walking in the gardens and visiting the exhibitions. There was an exhibition "Larger Than Life" of work commissioned by hospitals, made by Quentin Blake. The Circus series was a wonderful set of images created for an older adult's mental health ward depicting a range of older people showing off their circus skills to younger participants, a lovely way of exploring age and skill, youth and experience, fun and games. It was also great to see the real marks and washes on the paper, reproduction doesn't entirely capture the energy and humour, or the way colour and form are captured inside well practised lines & marks.

There were Big Draw activities throughout the building and the most fabulous exhibition of the history of fireworks and fire festivals, I love graphic design and the packaging and posters were gorgeous. Another exhibition made a host of fascinating juxtapositions between artworks from their British Folk Art Collection which has been cleverly placed in amongst other collections and peppered throughout the building. The artists involved included:-Tasha Amini, James Ayres, Daniel Baker, Sir Peter Blake, Sonia Boyce, Faye Claridge, Simon Costin, Jeremy Deller, Carolyn Flood, Jenny Gordon, Antonia Harrison, Susan Hiller, Juneau Projects, Alan Kane, Paula MacArthur, Mike Nelson, Martin Myrone, Paul Ryan and Sarah Woodfine.

Artist Laura Ellen Bacon is currently Maker in Residence and has made these intriguing structures amongst the trees in the gardens.

In the same week The Fishmarket Gallery in Northampton was a hive of activity as artists took part in interventions and activities for Northampton's Light Night Run. Artist and Queen of Cup Cakes, Tamsyn Payne offered artists the opportunity to make a sketch using EL wire. I made four small heads which were sited outside the Royal & Derngate (for one night only and they mysteriously disappeared) but here's a very very short clip of them blinking! 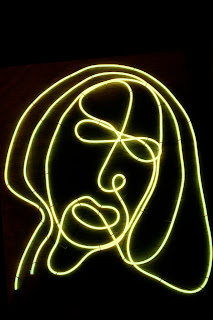 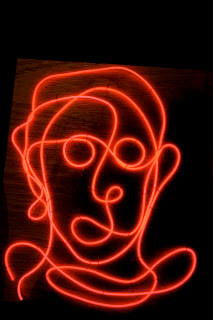 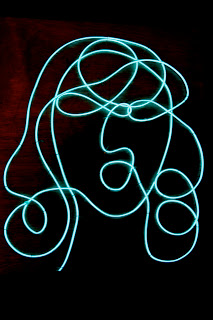 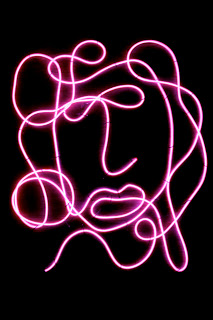 When I dropped the pieces off at the Fishmarket I had a chance to see The Seven Spires by Steve Massam which had been visiting many parts of the county as part of Northamptonshire's Cultural Olympiad project "Flow". 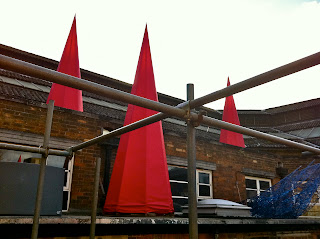 The were land locked in the small courtyard outside, soaking up the weak October light and dreaming of their travels along the Nene. 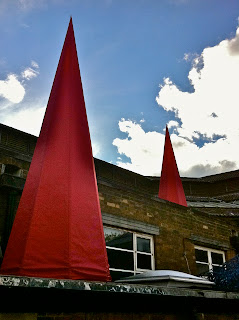 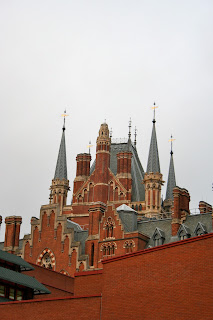 There had been so much publicity about Grayson Perry's "The Tomb of the Unknown Craftsman" I was worried that it might not live up to to all the praise. It was totally a totally fabulous exhibition and I think I might just need to go and see it again. The thought behind the selections, the clever balance of artefacts, the energy and intelligence of the artist combined with the sensitivity and humour of the texts made this a filling, thought-provoking day. Oh yes, and there was lots of drawing - on pots and from history. Luscious!