The Held in the Hand Hoard

I’ve been blogging on Undiscovered Networks with artist and collaborator Jo Dacombe for just over a year, as the project has now become more focused I thought it might be good to start a separate Blog to talk about my other projects and to explore other areas of interest 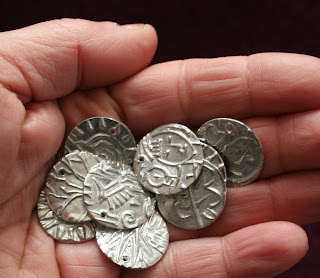 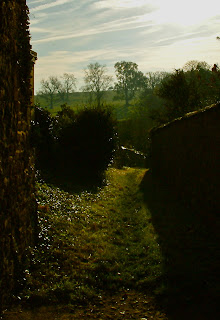 I had worked on a mosaic project for a Festival of Angels in Hallaton, during the making sessions in the village the group told me wonderful stories about an ancient treasure trove that was found in one of the local fields. 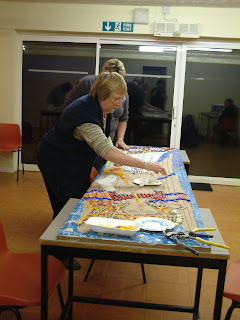 Whilst thinking about the Held in the Hand Commission I had a vivid dream about the hoard, imagining holding the coins in my hands, letting them jingle and rattle in my palms, feeling them slipping through my fingers. From this dream my idea for a bag of treasure, which would also be a rattle that could be shaken to make sounds, evolved. 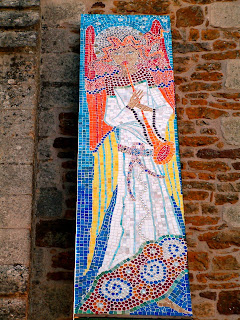 I did some research and went to see the finds in Market Harborough Museum. I was intrigued by the images and markings on the coins, loving their tiny yet tactile qualities. I was interested in the notion that the Held in the Hand boxes might contain things that are precious and from an imagined or undiscovered country.

My piece was inspired by the idea that access to language is a gift, incredibly valuable and that signs and symbols can aid communication, preventing meanings from being buried or obscured. As my ideas developed I needed to create images on the coins that related more closely to the way I draw. 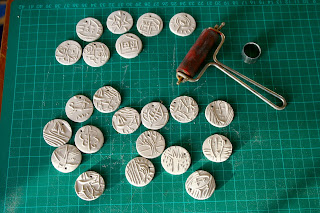 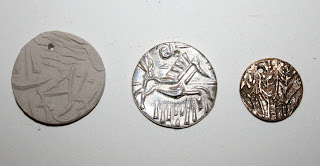 Before firing, after firing and bronze coin all made from the same master
There are also some very small, very rough bronze coins, they were meant to be the same size as the silver ones but there was a problem either with the material or the firing. I have included them even though they are imperfect because they remind me of objects that have been worn and eroded by time, pressure and earth. 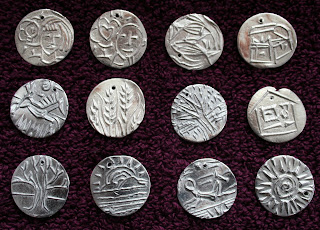 There are a selection of images on the coins, some drawn from the symbols used in Communication in Print, others represent the changing seasons and our connection with the earth. There is a horse, which refers to an image found on the original treasure and a running dog with a curly tail after my own dog. I hope that the people who handle the coins will use the images on them to create their own stories, invent their own language. 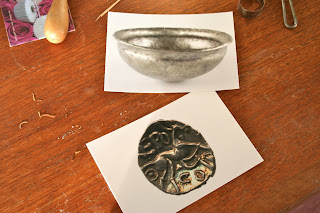 Whilst wrestling with the contents of my ‘hoard’ and struggling to make enough coins to make a suitable amount of noise I started looking at other sorts of rattles. I had seen a small bowl, which was part of the treasure found in Hallaton, I liked the idea of coins falling into the bowl and the noise they would make. 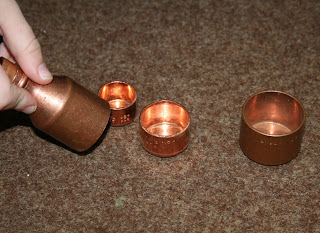 I asked my Dad (a four times retired Heating Engineer) if he had any scrap copper spheres we could fashion into a bowl for my treasure. As is often the case when I go to him with an idea he came back with all sorts of copper fittings and end caps. 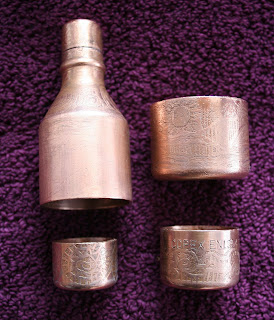 Some of these became my second rattle, which also doubles as a series of chimes. 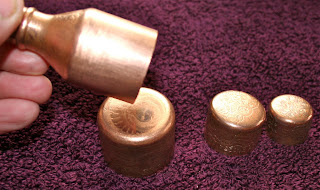 I took them into school and asked some of the children to help me test them out. 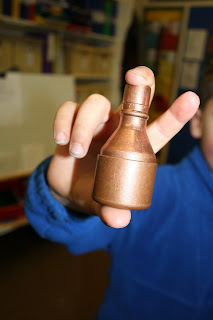 Both the rattle and the descending chimes worked well and one young research assistant said “Where can you buy these, can you get them on the Internet?” 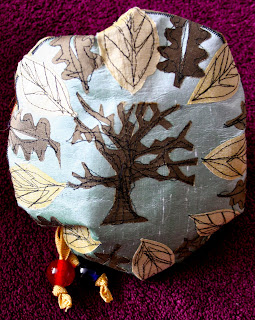 I made a pouch to keep the hoard in, constructed out of fabrics with different textures, tea-stained cotton, velvet and silk. 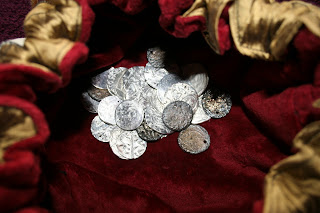 The pouch is decorated with a tree and an assortment of leaves, the exterior is in subtle shades and the interior is a deep red to enhance the shine of the coins within. 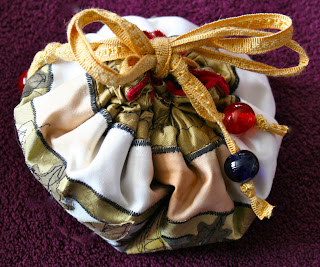 The pouch also serves as a rattle when it is shaken 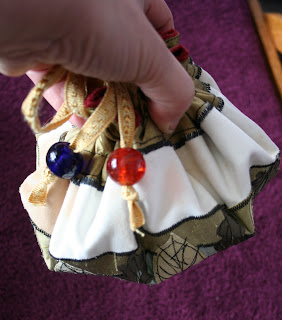 I can't wait to see the other treasures that have been made for the three new boxes and the see what all the other artists involved have created.
For more information about the Held in the Hand Collections
Contact : The Artworks Officer
E-mail :lisa.webb@leics.gov.uk