I took part in ArtHouses for the first time last year when the work from Invisible Threads was shown at one of the group members' house, a fascinating terraced house which hides a secret history behind large wooden gates. The house had once been the home of an early horse drawn bus driver and the building at the back of the courtyard housed the bus. 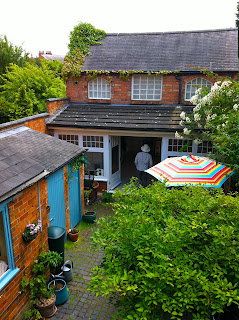 Legend has it that the driver was caught speeding along the London Road! During that first weekend one of the visitors commented on the necklace I was wearing, saying I should make some more, it was a silver piece that I had made at Magnolia Studios in Northampton and which had given me the skills to make the work for the Held in the Hand Hoard. 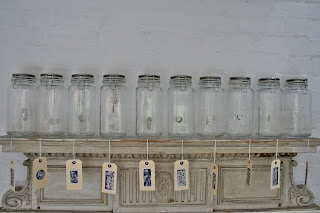 When Karen & Alistair invited me back to take part in ArtHouses this year I thought it would be good to make a small collection of jewellery in the same way as I had for the Hoard in memory of the positive comment I had received. Once made, how to display the work was a puzzle and I spent a lot of time trawling the internet for suitable solutions. I wanted to create a mini installation and the first thing that came to mind were the glass domes that house fob watches, but these were far to costly. I finally found some glass storage jars and worked out a way of suspending each item inside, little objects of desire each with their own printed label, showing the complete image. They were displayed on a gorgeous, distressed Regency door lintel and initially people didn't realise there was anything inside them. You can see more details of the jars and their contents here 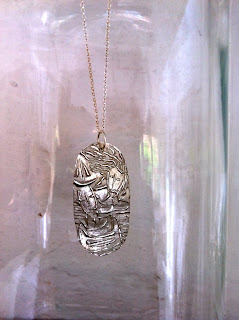 Also sharing the space was an old friend from my Leicester Print Workshop days, Sarah Kirby. It had been about 10 or 12 years since we had last met, and it was wonderful to catch up and see her new work. She was exhibiting in two houses, the work here was from a series about buildings in Leicester. 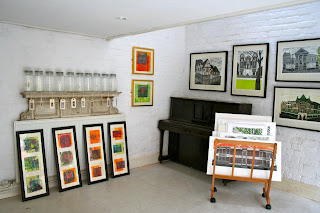 My journey in to Leicester on the Sunday afternoon proved just how timely her series was, I took a wrong turning and ended up coming into the city centre rather than approaching from my normal route. So much had changed and continues to change in the city. 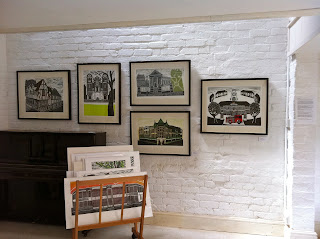 The Clarenden Park area where ArtHouses takes place is an area full of interest, memories (for me) and unexpected delights, like the shop selling boxes of beautiful ripe tomatoes and deep, black cherries for £3 a box and Avenue Primary School, the school I made my first full size mosaic with. 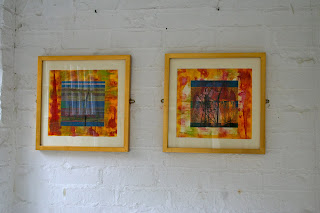 It was a lovely project linking the school with a partner school in Mumbai and the children explored print, textiles, drawing, story telling and communication in their school, at the City Gallery and via email with the children in Mumbai.

During the almost ceaseless flow of visitors during the ArtHouses weekend I met one of the former City Gallery staff members and heard that the gallery no exists but there is a shop bearing it's name in the New Walk Museum. City spaces change constantly, catch them before they disappear! 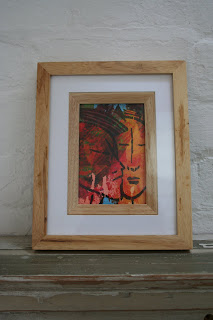