"From March to May 2018 Made In Corby created a textile banner with Corby women under the guidance of artists Carole Miles and Phiona Richards from The Eloquent Fold, which you can read about the making of HERE. It was specially commissioned for PROCESSIONS by Artichoke as one of 100 banners made by groups all over the country to mark the centenary of the first women getting the right to vote in 1918 as part of 14-18 NOW celebrations.
On Sunday 10th June we took a coach load of Corby women to process the banner through the streets of London in a mass participation artwork that was a truly wonderful moment for all involved (you can see how the day went HERE.) Since then it has taken pride of place at the Votes & Voices exhibition organised by Corby Women’s Labour Forum at Rooftop Arts Centre throughout July 2018." from the made in Corby website. 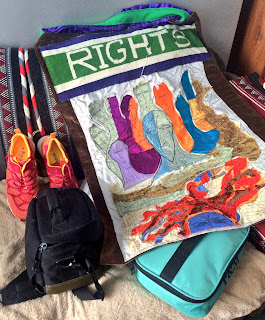 My wearable banner, quiet trainers and picnic ready for the PROCESSIONS mass artwork march to celebrate 100 years since some women got the vote 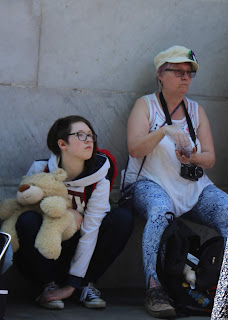 Waiting to join the procession at the meeting point 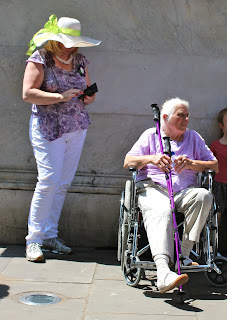 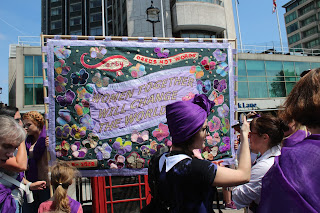 Our banner takes to the streets 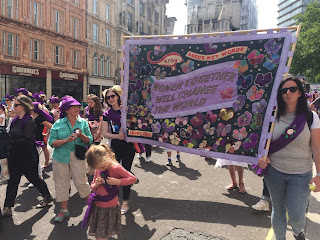 We became part of a river of purple, white and green 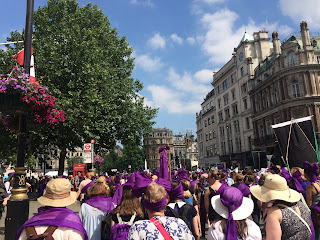 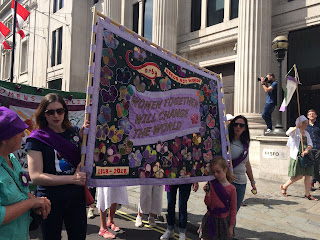 It was a magnificent day with so many 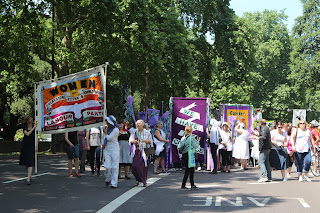 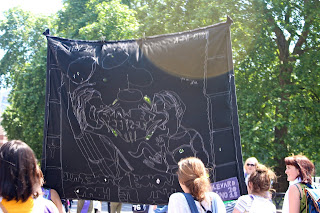 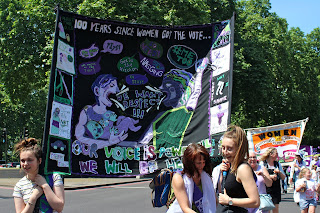 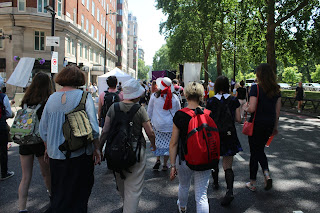 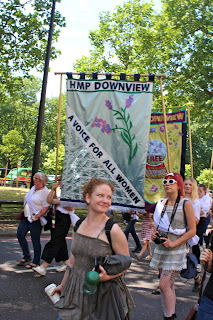 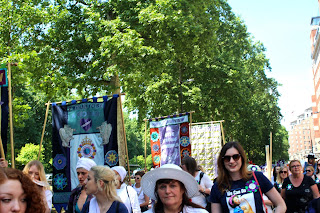 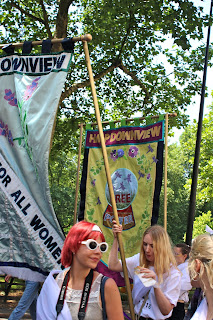 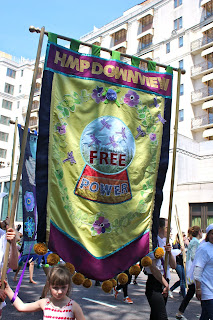 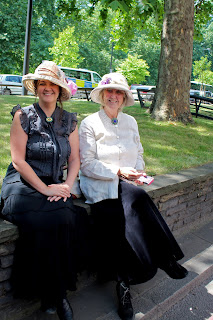 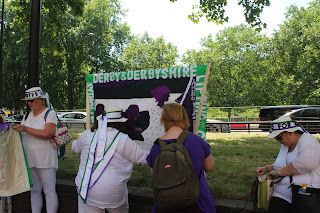 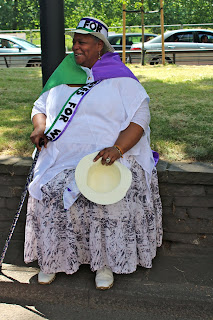 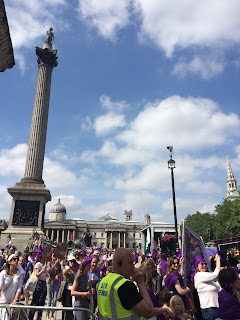 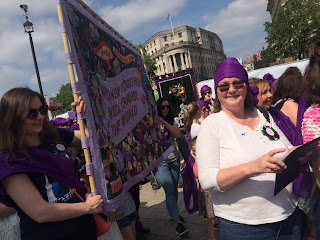 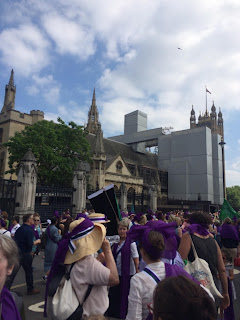 The weather was amazing, the atmosphere was uplifting and I don't think that any of us that were there will ever forgetbeing part of such a wonderful reminder of those that fought so hard for so long to give us our vote, our voice! The wonderful Made in Corby team made sure that our group were safe, together and happy throughout the day. As The Eloquent Fold, Phiona and I felt so privileged to have been commissioned to undertake this project with such an glorious group of women!

You can see more images from our day here 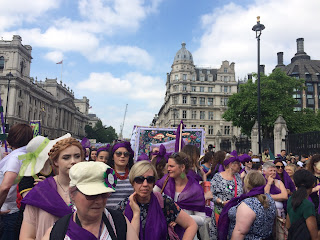