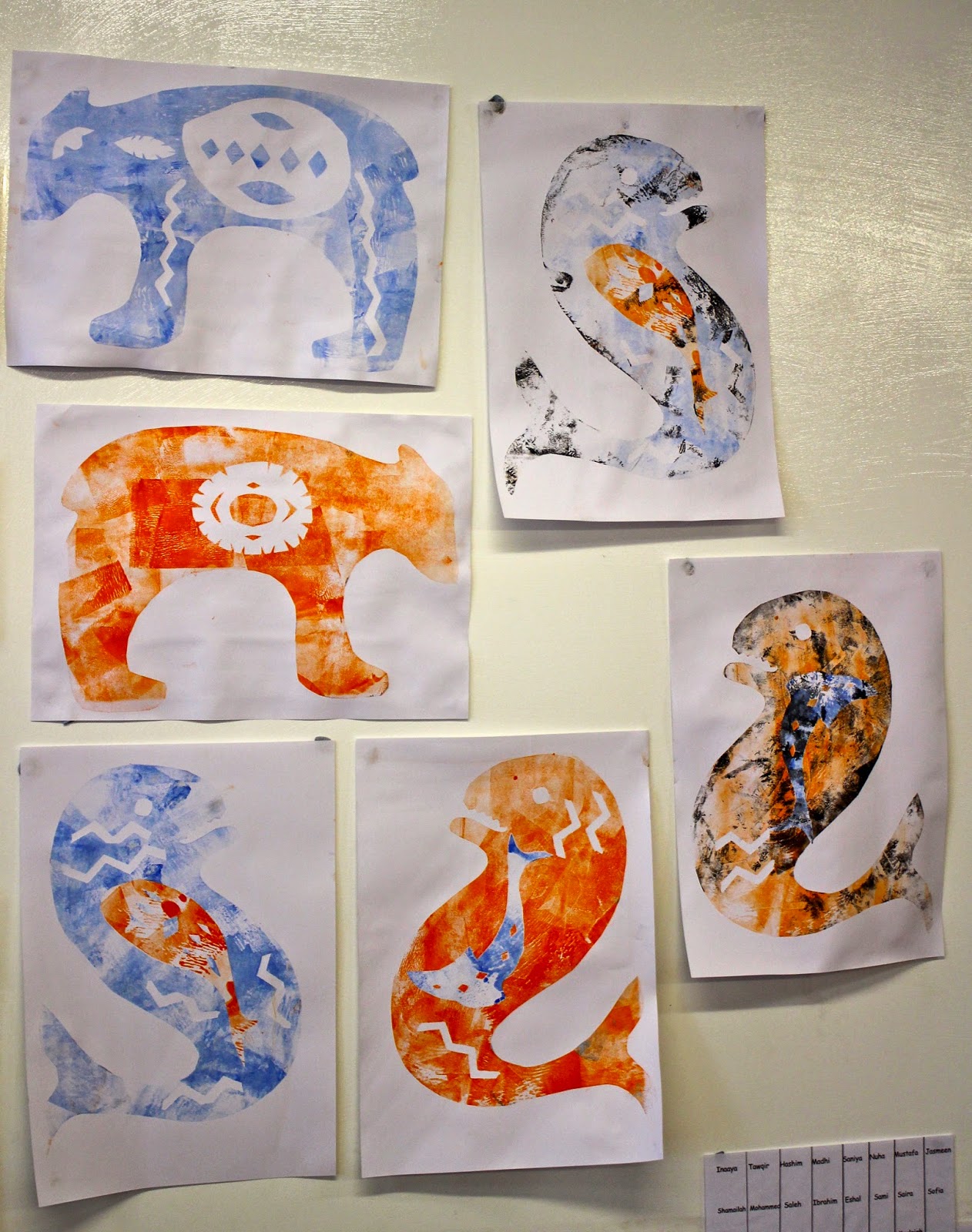 I was invited to work with Year 2, Italy Class at Queens Park Academy in Bedford. Our theme for the day was Inuit art and we were inspired by the Cape Dorset Prints at the Canadian Museum of Civilisation. Before 1957, graphic art on paper was rare in the Canadian Eastern Arctic, despite the lack of paper, a strong Inuit graphic tradition has existed for many centuries. Printmaking was introduced in Cape Dorset in late 1957 by James Houston (1921–2005), an artist, writer and the Area Administrator for South Baffin Island. 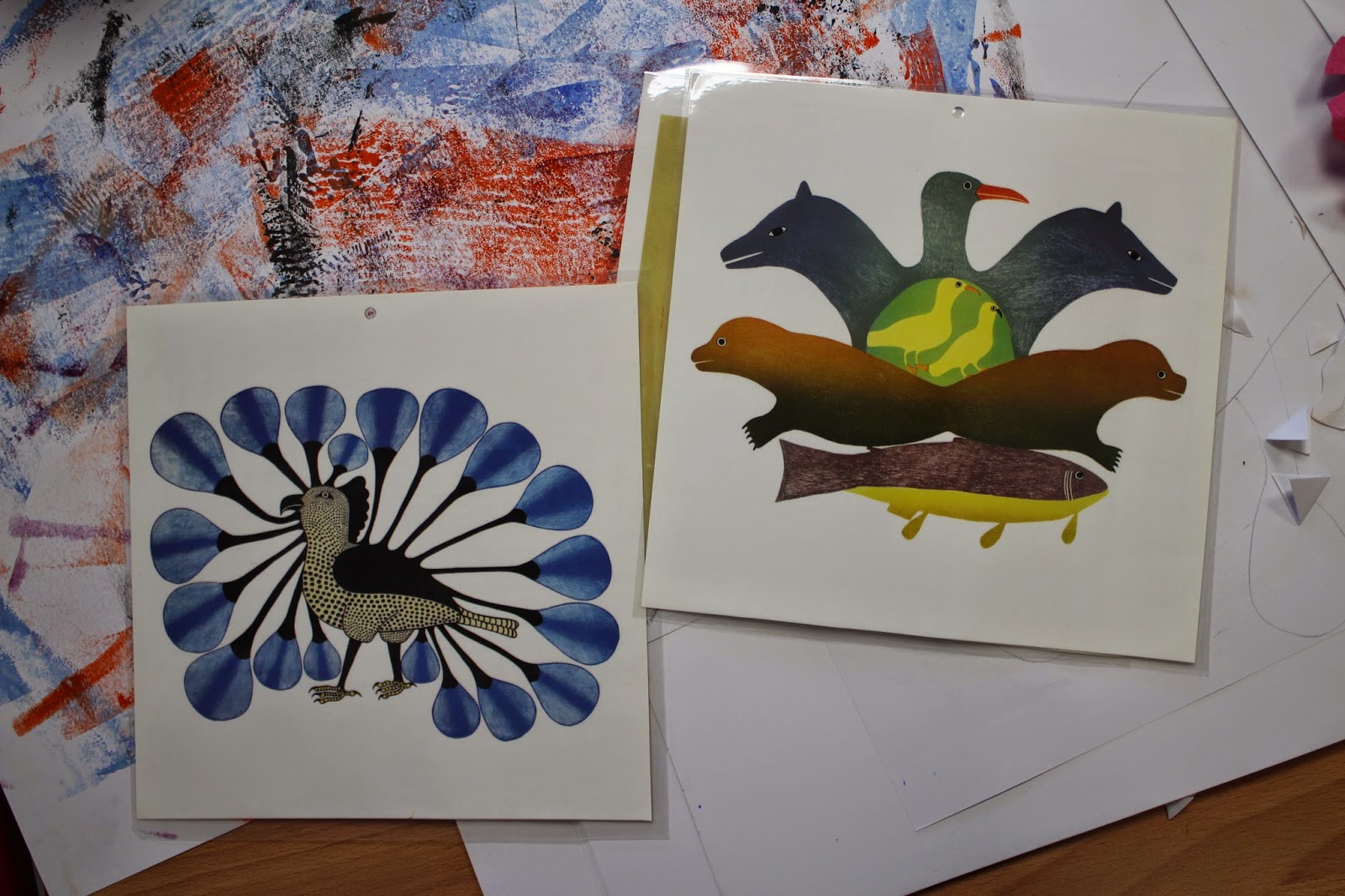 "Prints also cover a great variety of themes. Some illustrate scenes from myth and memories of the old ways of life, while others depict the transforming life in the Arctic and the influence of outsiders. The land, ocean and Arctic animals are frequent subject matter, and evidence the deeply felt bonds between Inuit artists and their natural world. The artworks make eloquent statements about Inuit identity — past and present — and offer a unique window into Canada’s history." from the Online Exhibition of Inuit prints from Cape Dorset. 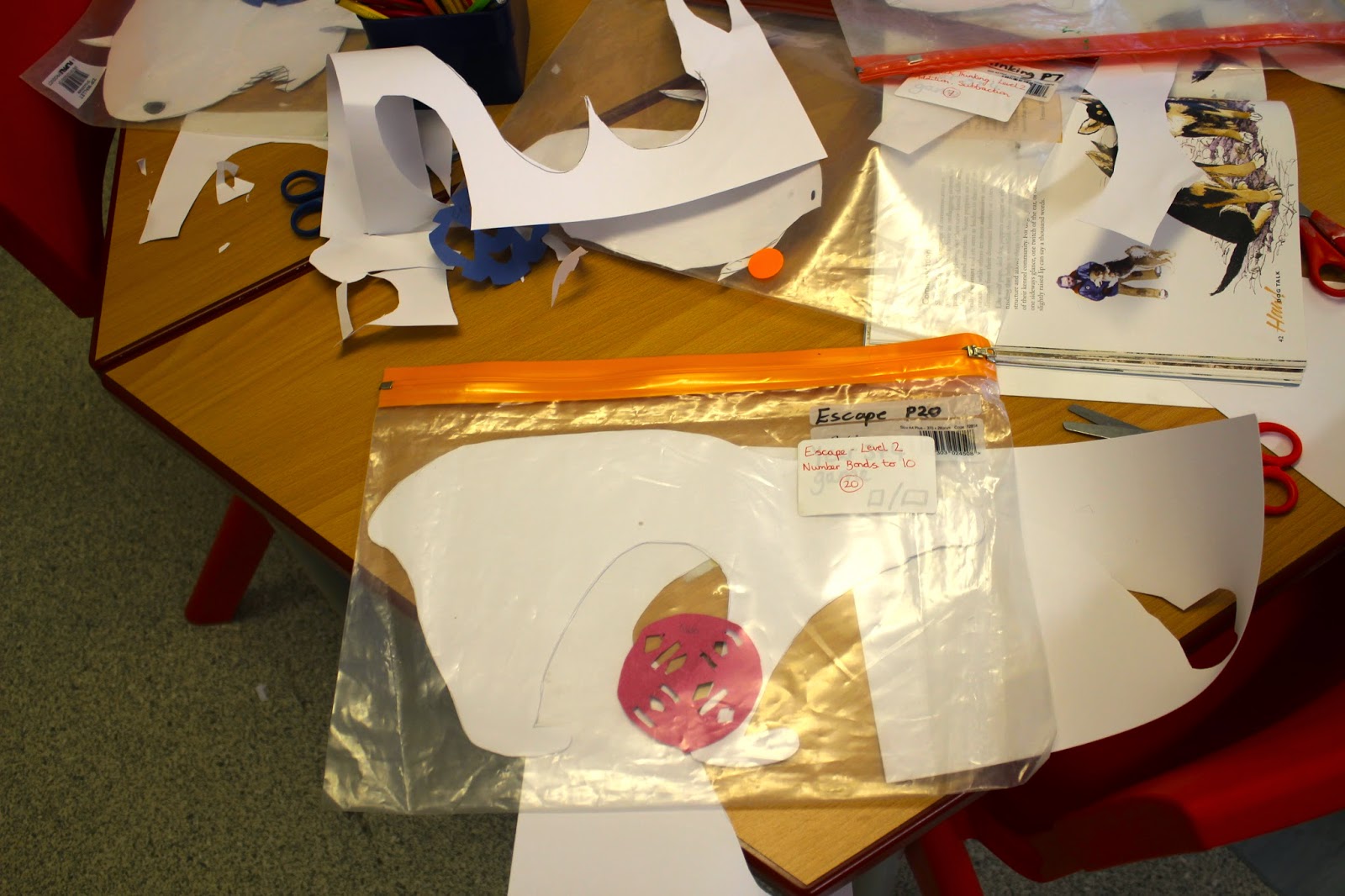 Italy Class had already spent some time this term exploring the art and environment of the Antarctic and the classroom had paintings, snowflakes, an arctic base camp with tent and the remains of an igloo created from empty milk bottles. In such a creative environment we were all ready to explore and enjoy the magic of print! 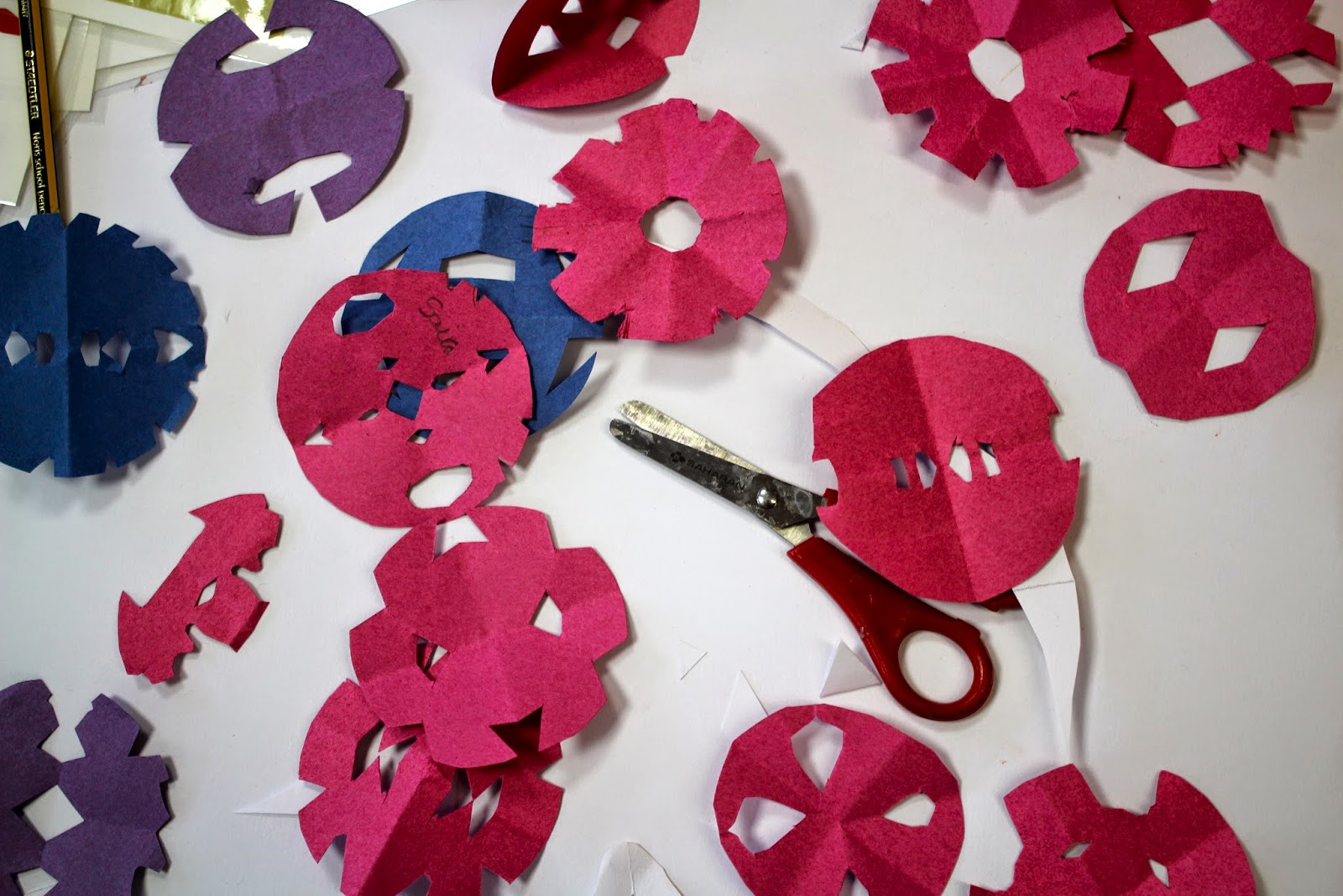 The children cut out patterns to incorporate in their prints and had chosen an animal to represent. We spent the first session drawing our animals up to A3 scale whilst referring to original Inuit prints. 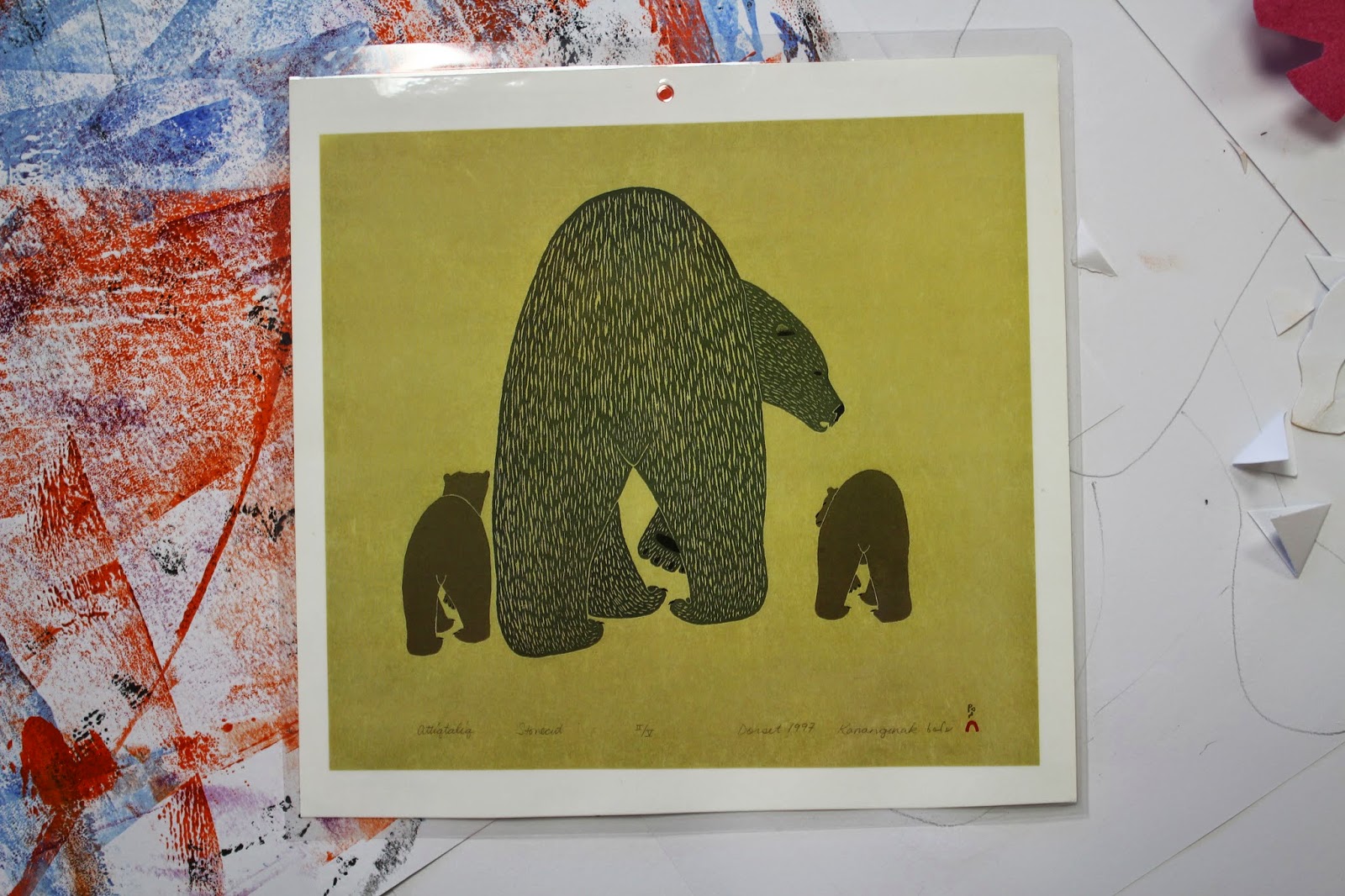 Mrs Mortimer was inspired by the Cape Dorset print above 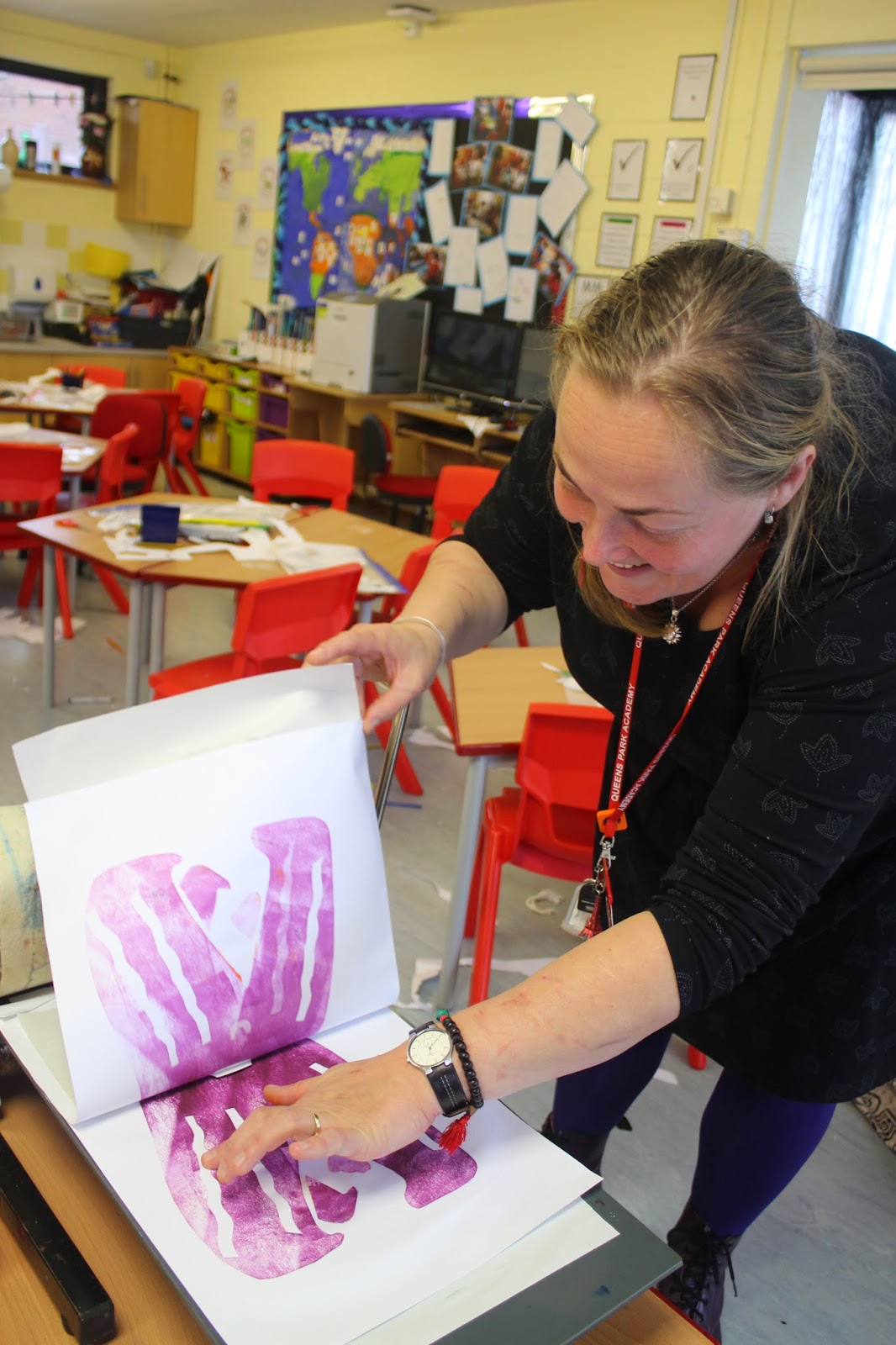 The technique we used employed stencils, as in the Cape Dorset prints and our plates were made from 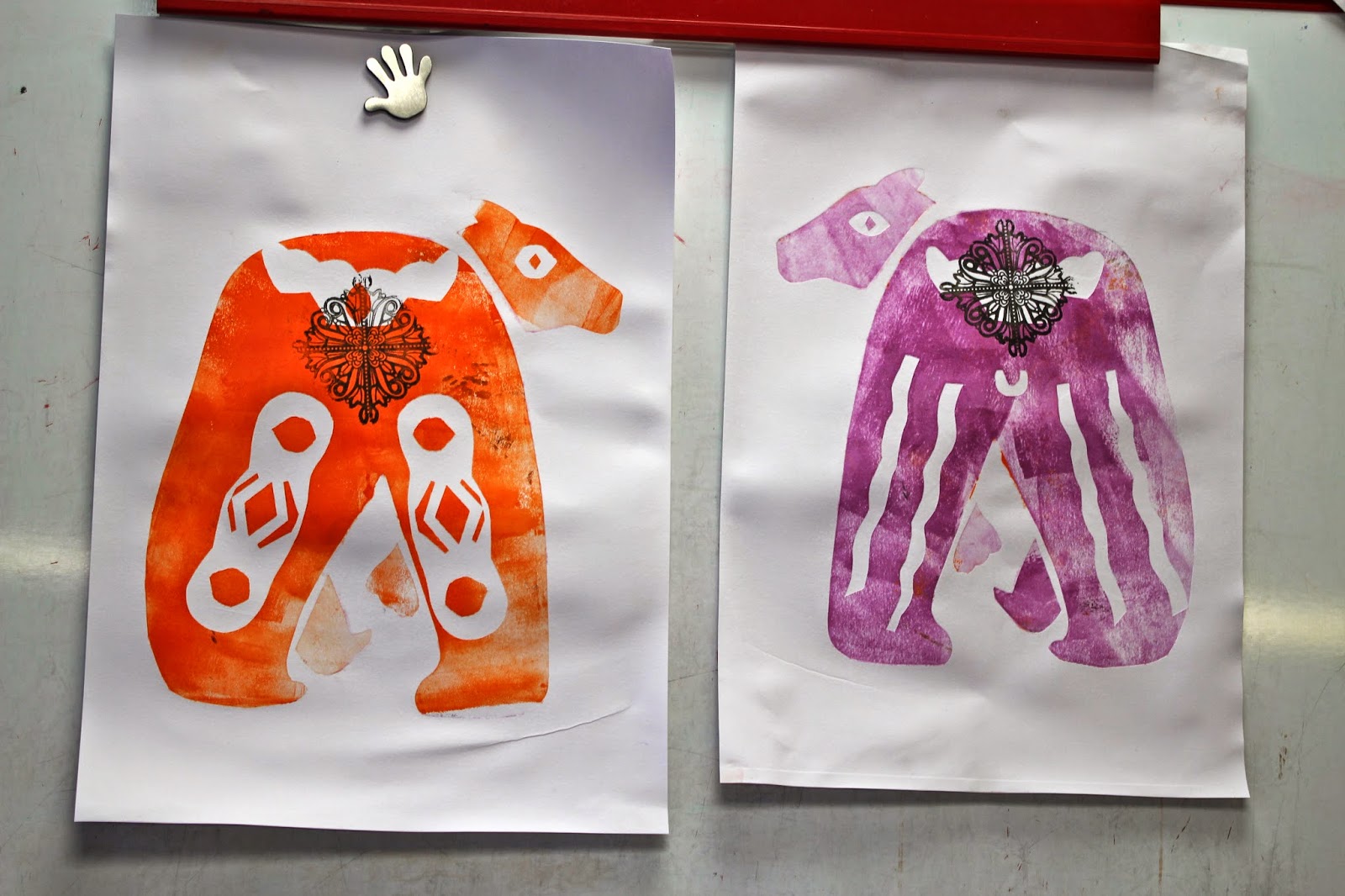 thin card which we rolled with water based inks in a limited colour palette. We made just over 60 prints during the day! Here are just a sample. 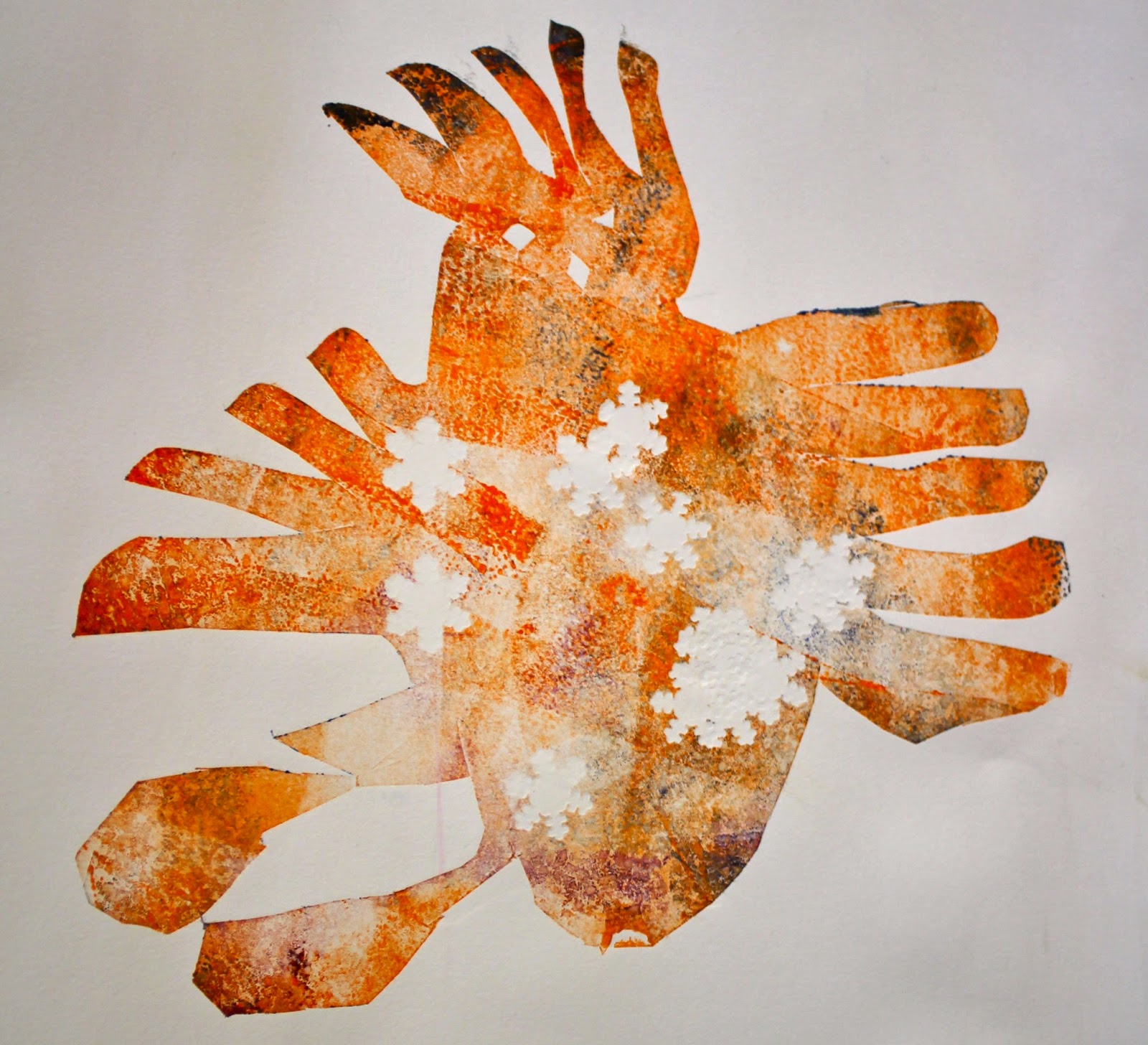 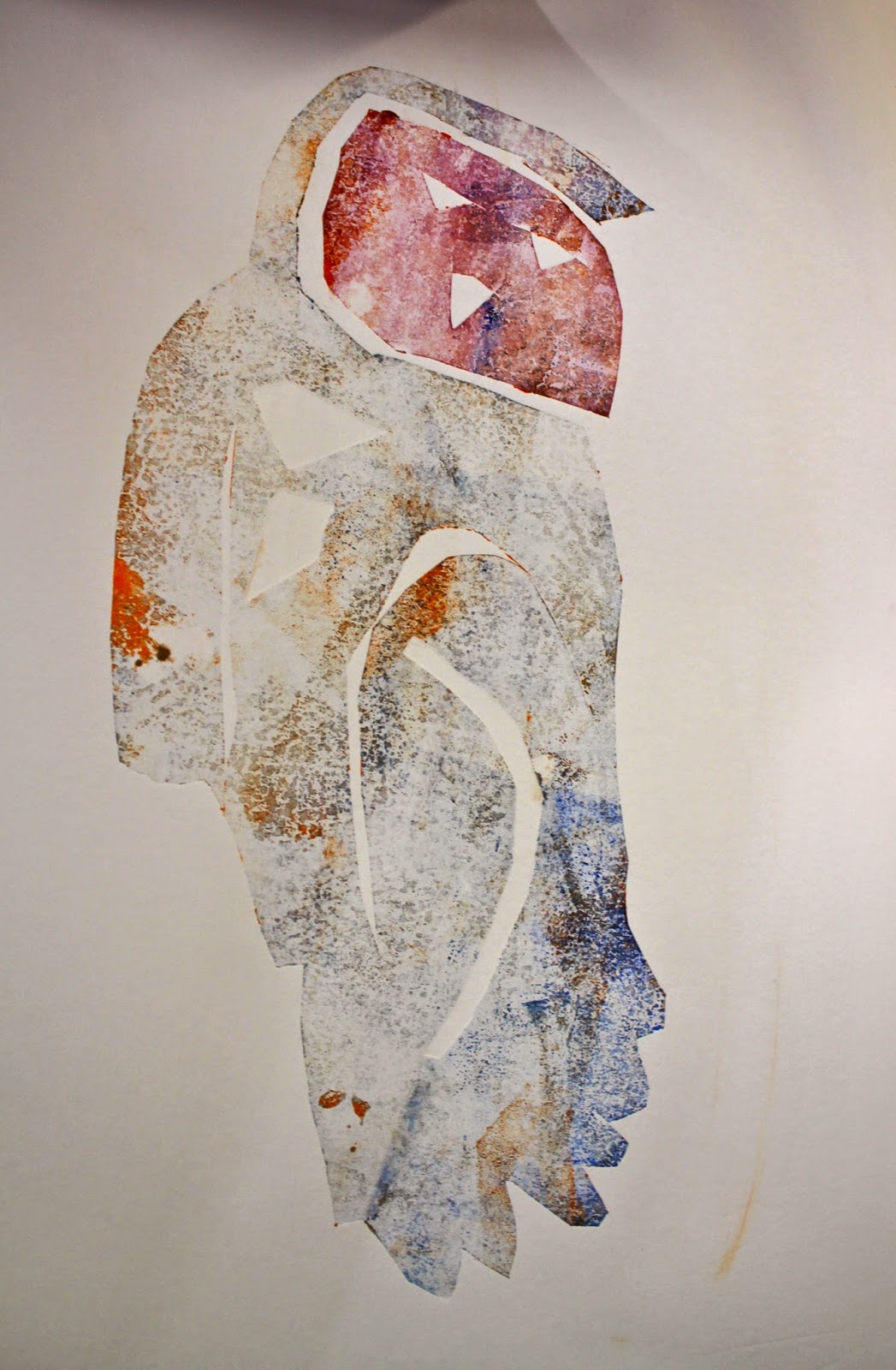 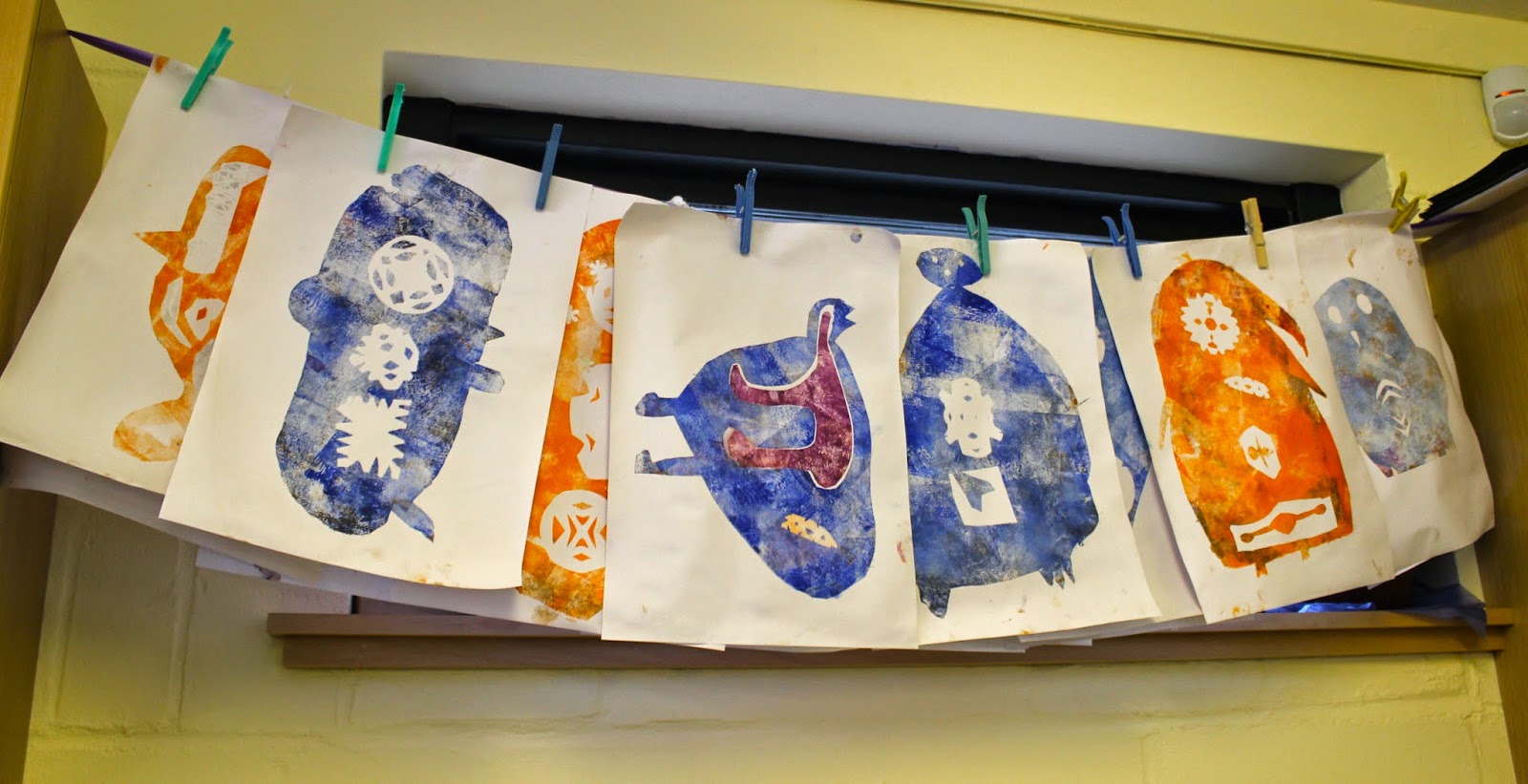 Prints hung out to dry 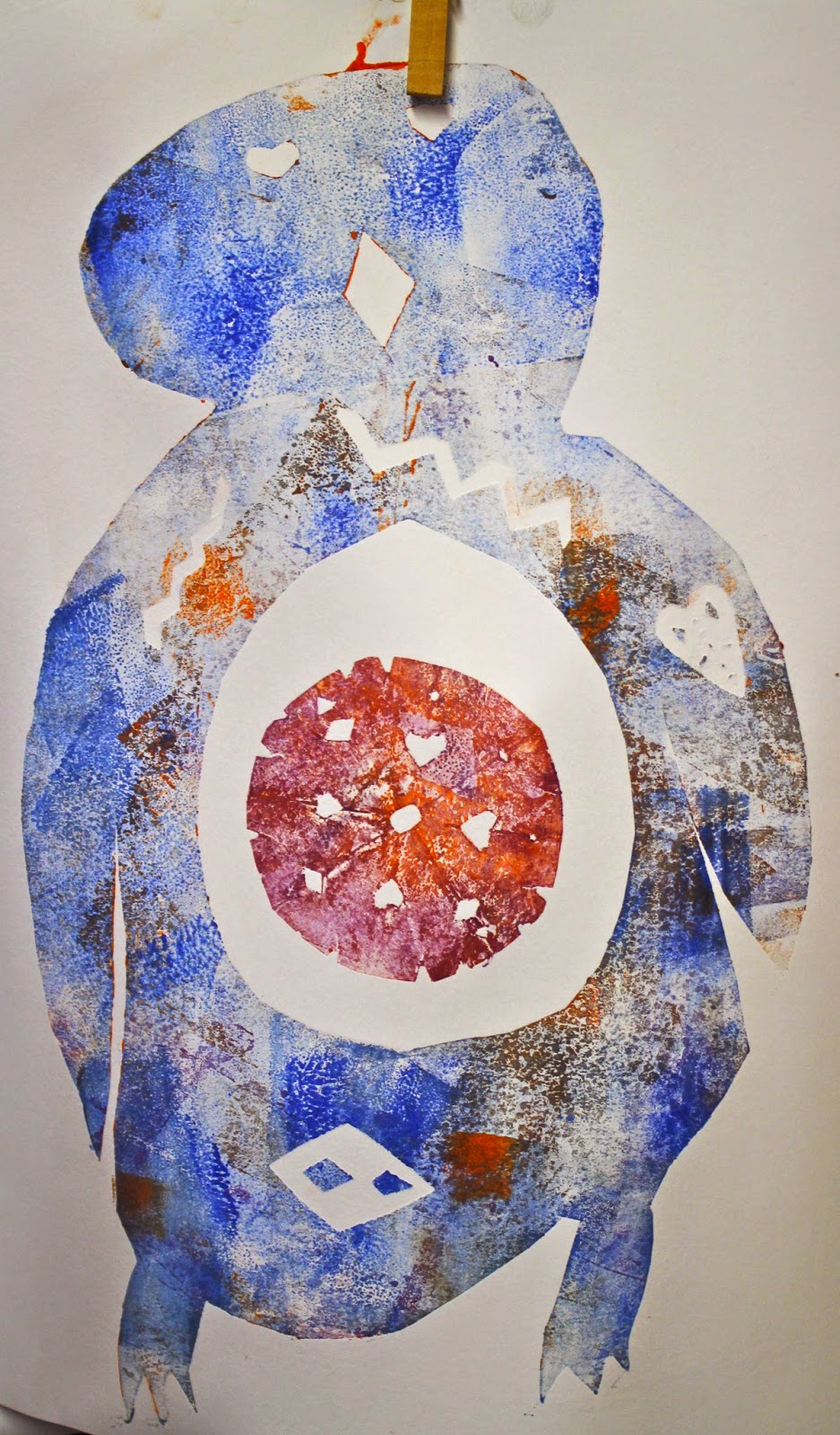 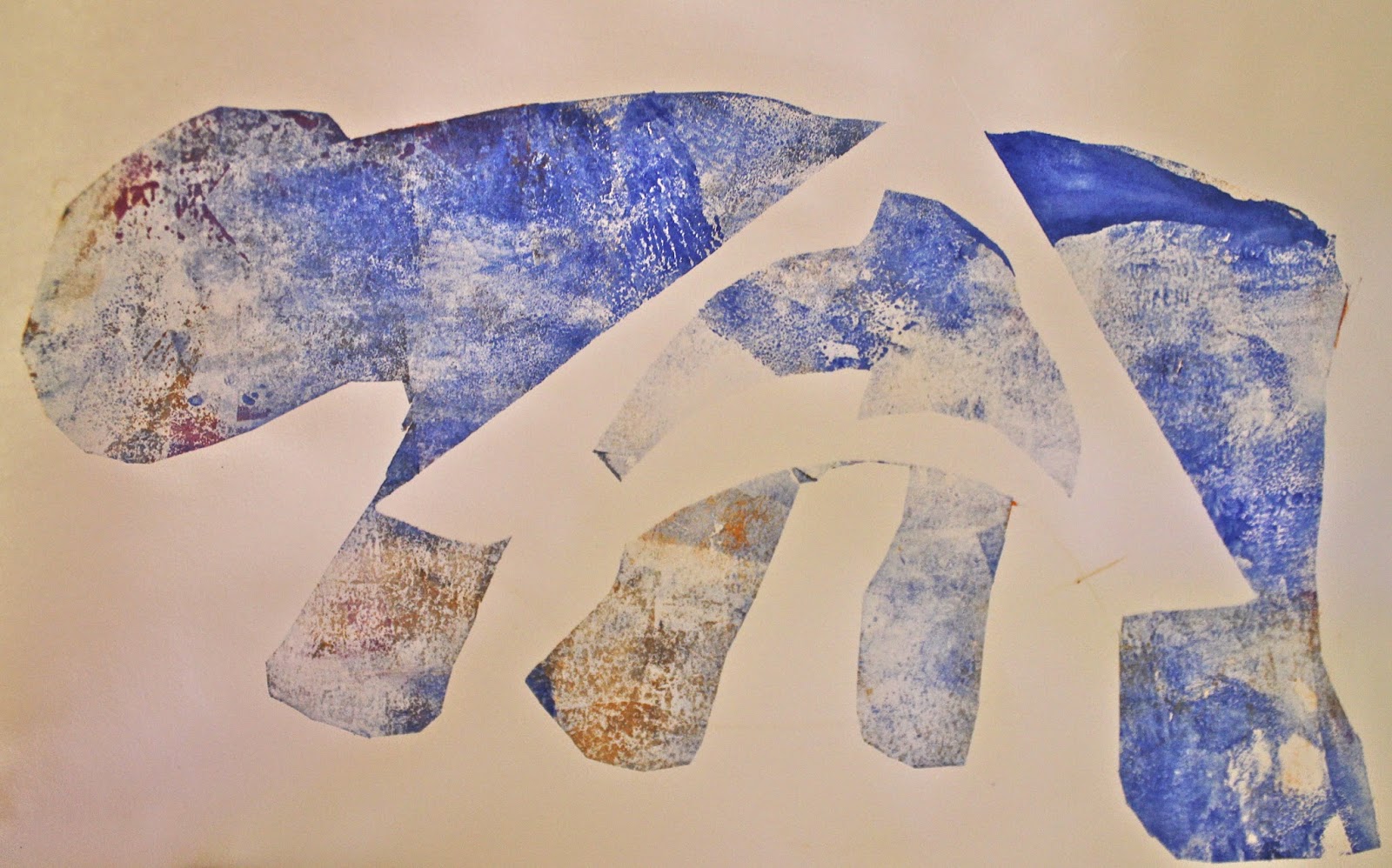 Polar Bear with a fish inside 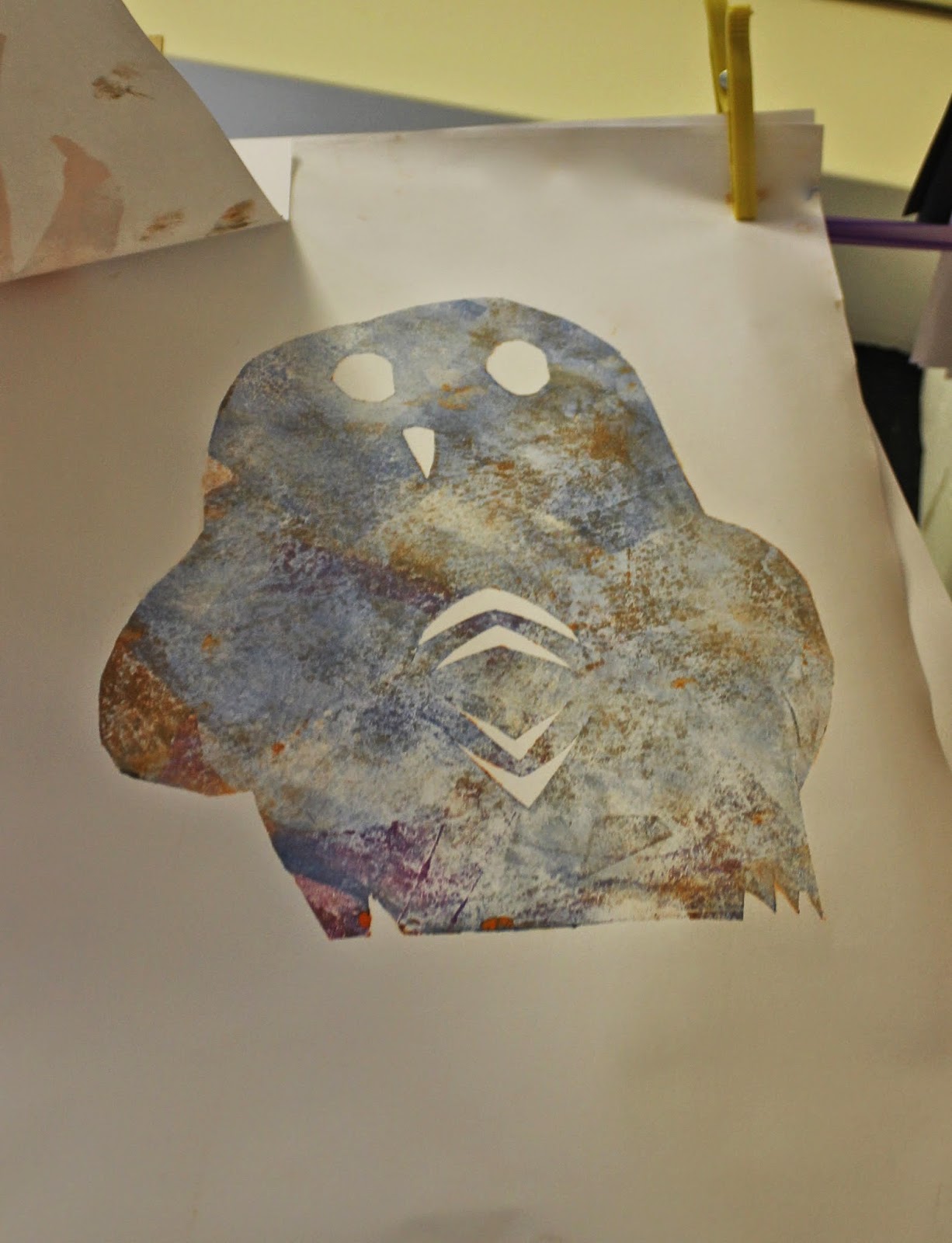