My January project with the Year 4 students at Priory Lower School in Bedford has been camouflage. As there are nautical links on my Mum's side of the family and because many artists were employed as Camoufleurs by the Navy during World War l, I thought it would be interesting to explore the evolution of Dazzle Ships 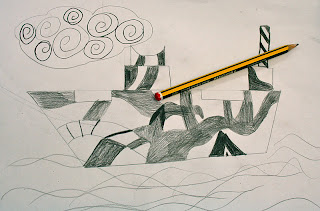 and artists like Norman Wilkinson CBE “who was placed in charge of a naval camouflage unit, housed in basement studios at the Royal Academy of Arts. There, he and about two dozen associate artists and art students (camoufleurs, model makers, and construction plan preparators) devised dazzle camouflage schemes, applied them to miniature models, tested the models (using experienced sea observers), 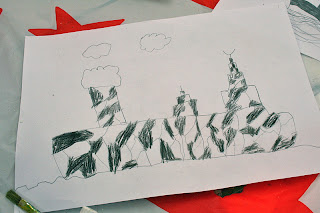 and prepared construction diagrams that were used by other artists at the docks (one of whom was Vorticist artist Edward Wadsworth) in painting the actual ships. In early 1918 Wilkinson was assigned to Washington, D.C. for a month, where he served as a consultant to the U.S. Navy, in connection with its establishment of a comparable unit (headed by Harold Van Buskirk, Everett Warner, and Loyd A. Jones)(Hartcup 1980; Behrens 2002, 2009; Wilkinson 1969).”
Norman Wilkinson on Wikipedia 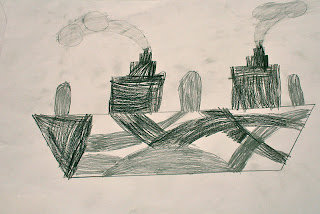 I found lots of interesting photos and information in this Blog by an animator called Dii We looked at prints by Edward Wadsworth and tried to pick out the camouflaged elements in his work. After a good discussion about camouflage in nature and as used by the military the children made drawings and collages in preparation for the activity I have planned for the following week. 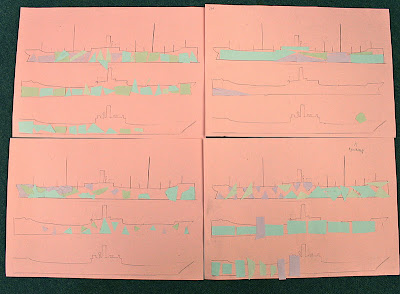 This had given me the germ of an idea so I enlisted my Dad’s help (yet again!) saying
“Dad, do you think you could make me 30 simple boat models out of scrap wood?”

Dad “When do you want them by?” 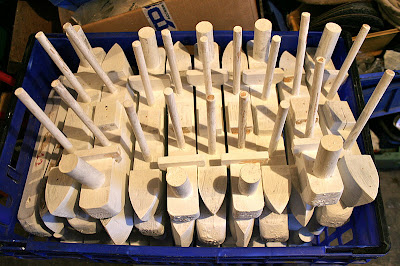 Me “Next week, Friday, please…they only need to be very simple…..”

By the second Friday all the boats had been made and the children made a wonderful job of transferring their 2D designs onto their 3D models. When I work with them again  later in the term  I think we will make screen prints or collographs based on their drawings. Having worked with the children in this class in previous years they have always displayed a strong design sense. 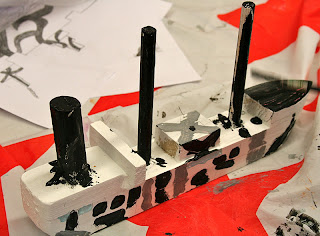 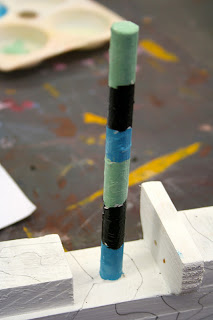 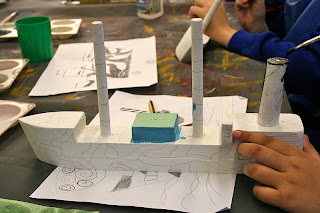 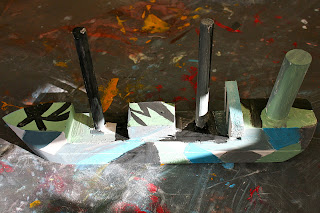 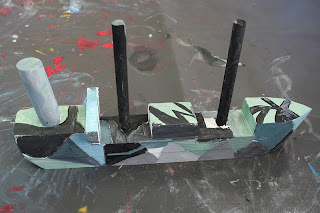 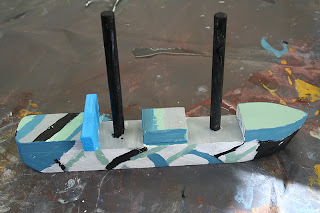 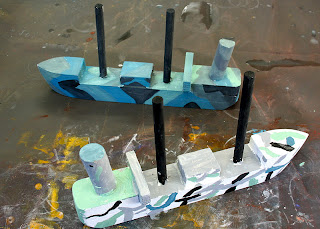 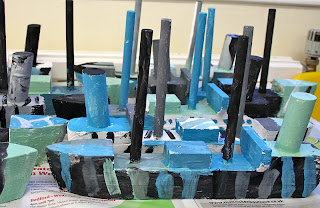