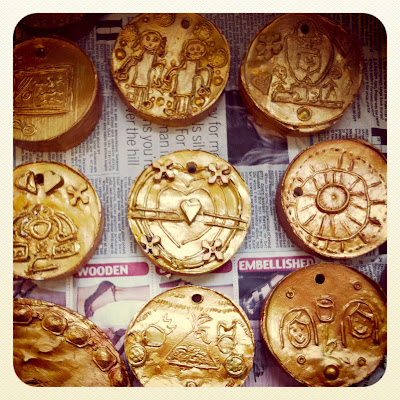 In June 2012 I was delighted to return to work with Year 4 children at Barry Road Primary School in Northampton on a project to explore and express the Olympic Values in a visual format. The children created a set of silk paintings to hang in their school, a personal 'gold' medal for each participant and 6 plaques to present to their paired school. The project took place over the course of two days.

The first task was to work in groups make a drawing each of one Olympic value, the drawings were then enlarged and the children used gold gutta to outline their designs on to silk panels. While the gutta was drying, the children made their individual clay medals and group plaques which were then cast in plaster. Once the gutta was dry they added the colours to their panels and once the plaster was set the clay was pulled away to reveal their designs which were painted with gold, bronze and verdigris acrylic paint. 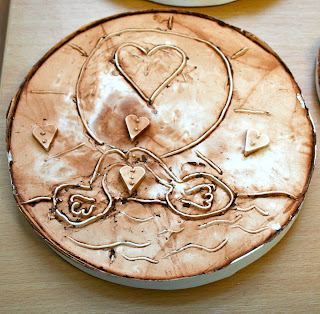 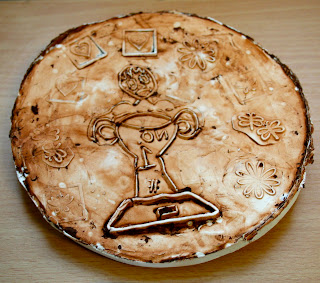 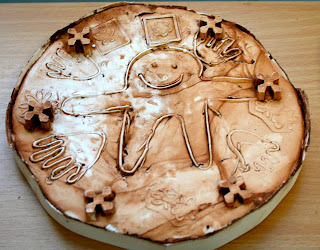 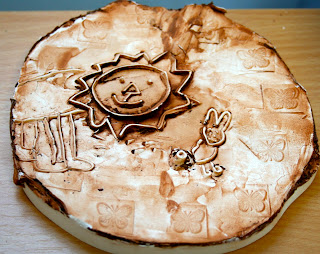 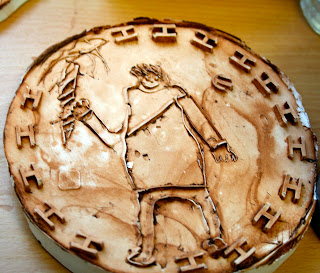 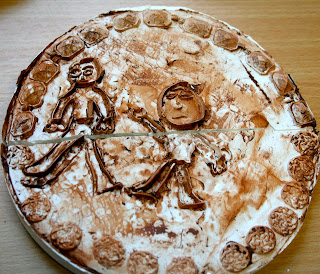 "The Olympic and Paralympic Games are about much more than sporting excellence. Underpinning the Games is the philosophy of Pierre de Coubertin, the founder of the Modern Olympic Movement. He saw in the Games an ideal opportunity to develop a set of universal principles – or Values – that could be applied to education and to society as a whole, as well as to sport itself.
These Values are:

respect – fair play; knowing one’s own limits; and taking care of one’s health and the environment
excellence – how to give the best of oneself, on the field of play or in life; taking part; and progressing
according to one’s own objectives
friendship – how, through sport, to understand each other despite any differences

The children came up with some lovely ideas to illustrate quite complex concepts and their use of colour was beautifully vibrant. 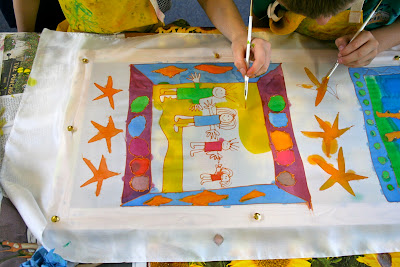 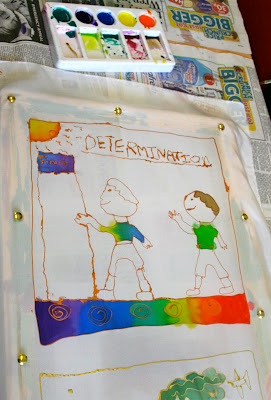 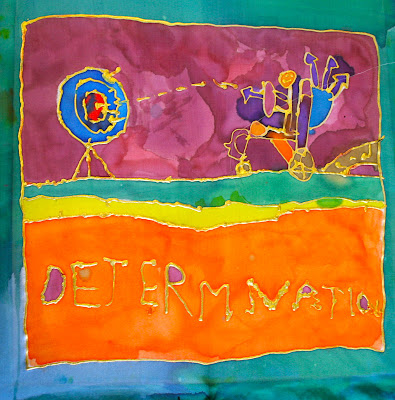 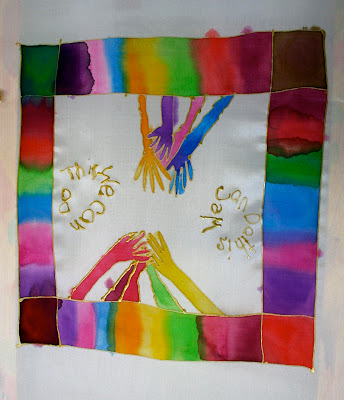 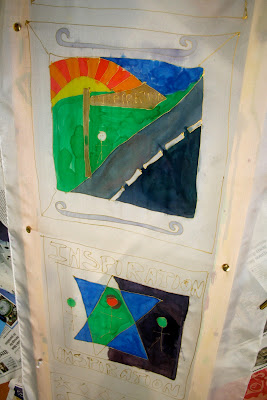 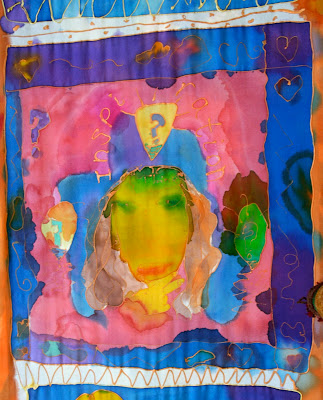 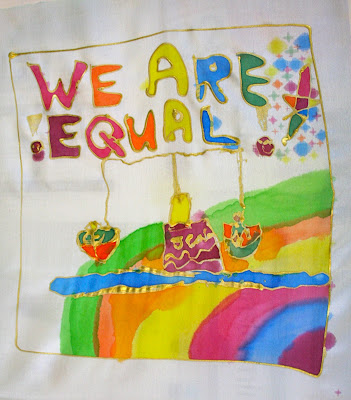 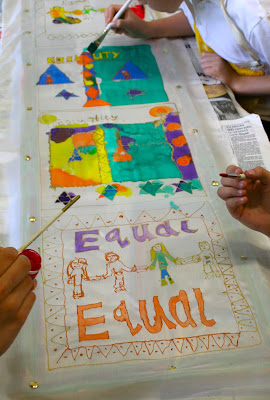 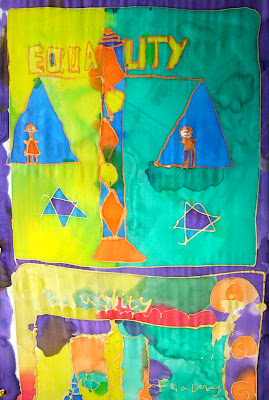 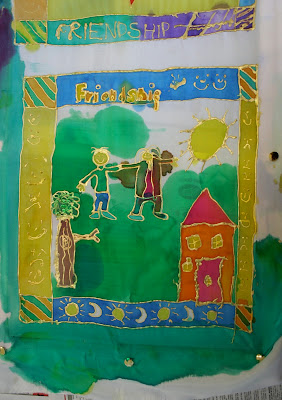 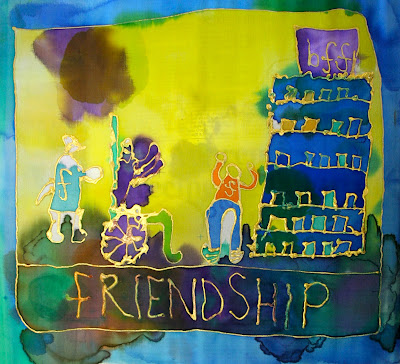 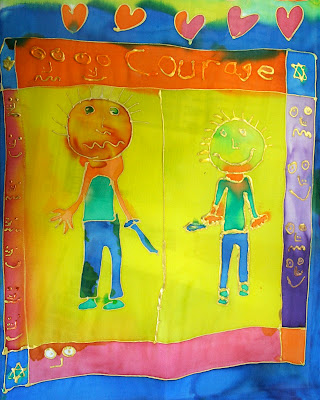 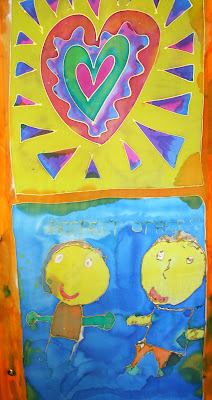 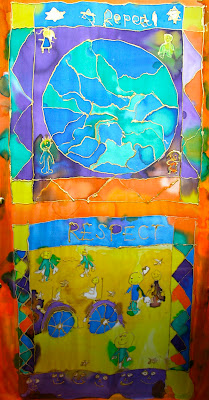