The EMVAN Field Trip to The Art Party Conference 2013

I had seen a lot of the publicity for the The Art Party Conference 2013 and as an artist who has done much work in and with schools I was keen to go and add my voice to those who feel that studying the arts in school remains crucial. It was, however a long way from Northamptonshire and I wasn't sure  quite how I was going to get there. Happily I managed to secure a place on the EMVAN Field Trip and was able to hear Bob and Roberta Smith reading 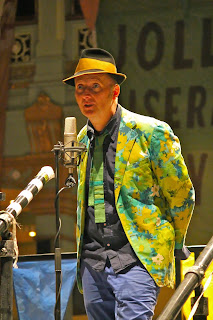 from Letter to Michael Gove 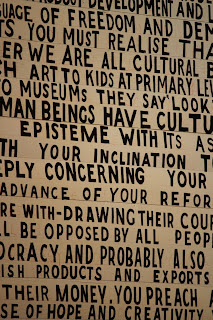 I felt that I should take some thoughts from the group we were there to represent and had made an A4 multiple that could be cut and formed into mini placards. The images and quotes were garnered during an art session in a school I work in. I was also carrying a tin of Dr Who action figures (right scale, 50th Anniverary link!) and had a notion I might find somewhere to make a mini protest installation. 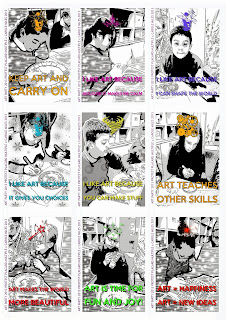 In the event there was too much to see and do and too many interesting people to talk to so I gave the placards to Andrew, we had never met before but bonded briefly as we had both been Plinthers during One and Other. I asked him if he was an artist, he wasn't, but since his Plinth experience he had begun painting and I could see here was someone yearning to continue a creative journey. 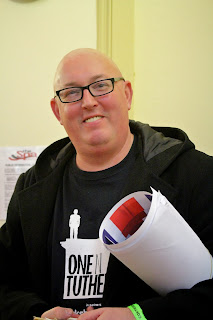 Earlier I had pressed a jar of Miles and Dacombe / Light Walkers Foraged Jam and a folded mulitple upon Bob and Roberta - rather bad timing as poor man was trying to reach the podium to start the conference. 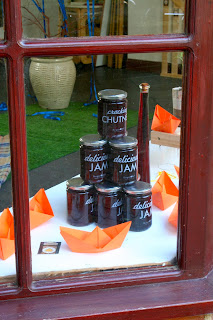 What I loved about the day was the generousity of spirit, there were free posters and cake, wonderful talks, great displays, films to see and inspirational, amazing people who seemed more than happy to be met. There was a liberating sense that the proceedings were non-heirachical, a space for many voices and many art forms. 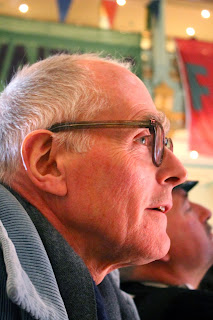 Richard Wentworth keeping an eye on the proceedings. 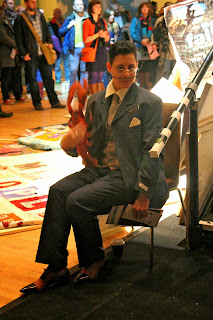 Dali about to act as Compare 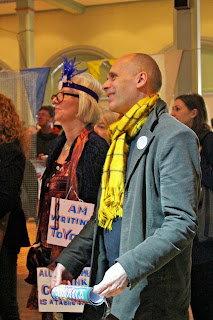 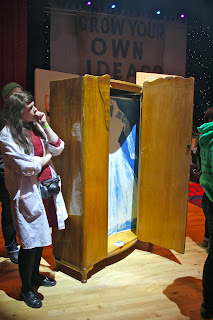 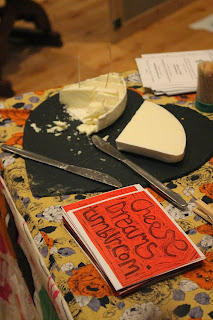 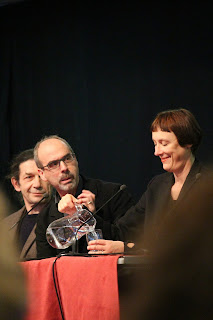 Pavel Büchler, Stephen Deuchar, Cornelia Parker talking about "What First Turned You On to Art" 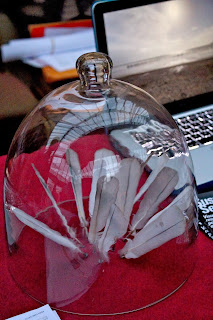 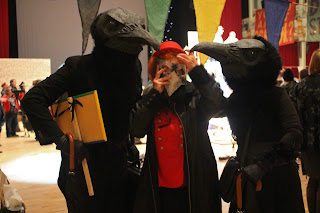 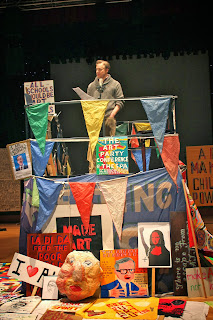 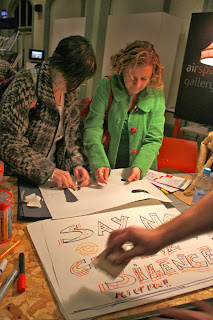 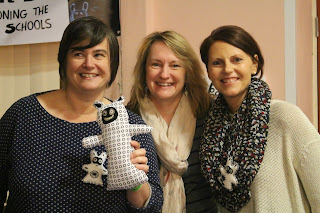 I met the enterprisingly inspirational team behind Oscar The Rabbit Doll @OscarTheRabbitD who says "I am designed! Children at a West Yorks Primary School created me alongside their film 'The Pirates of Rabbit Doll Island'. I desire national exposure!" Proceeds from sales will make sure that the arts stay at the heart of their school so I had to take one home for me, oh yes, and one for a friend! 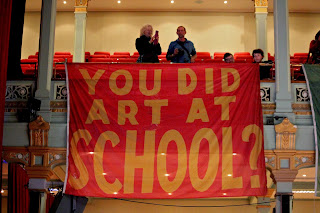 I left feeling uplifted, especially after the doom and gloom surrounding the arts and arts in education since the recession took hold. Even though I know that the work I do with children and community groups is valued and valuable it's rare to have an opportunity to think about why.

You can see my full Flickr set from the day here
Posted by Carole Miles at 09:46