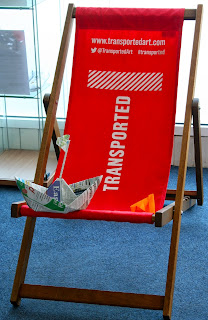 For our second Transported Art public engagement day Phiona Richards and I were Eloquently Folding in a walkway in the Springfields Shopping Centre. This was a challenging venue as many people were from outside of Lincolnshire and were set on shopping and it took all our inventiveness to encourage the passing public to engage with us! 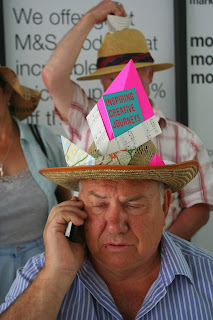 Before arriving we decided we need eye-catching head gear so Phiona bedecked a straw hat with flowers and I made a very loud, very large floral band. To draw people in further we sat on the Transported deck chairs or stood folding origami boats, gradually building a small flotilla in front of out stand. As the day progressed people became intrigued rather than alarmed by our colourful presence. 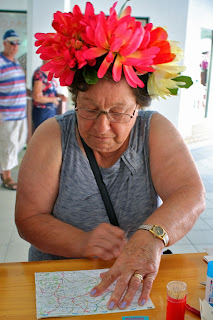 Whilst folding our researchers were able to ask 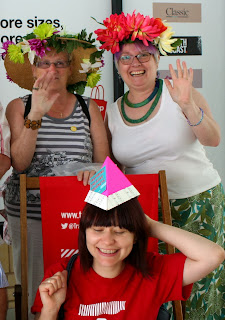 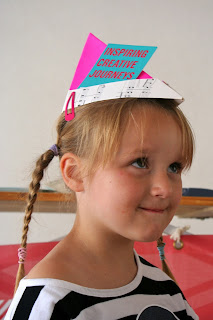 Participants with their hinking caps on! 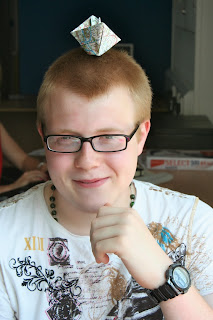 This was a difficult pitch but as you can see, by the end of the day we were 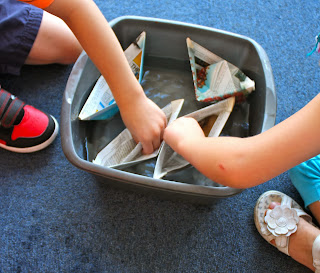 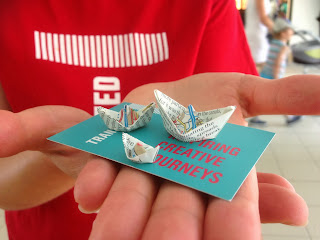 Phiona demonstrated just how skilful her paper folding is
with these delightful, tiny paper boats! 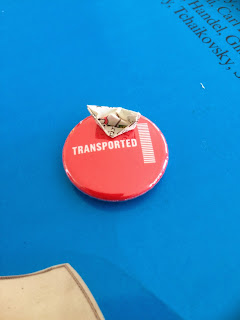 We wanted to create a fleet of origami boats, which would hark back to ships, sailing, export, import, exploration and adventure, all elements we associated with the history of the area. 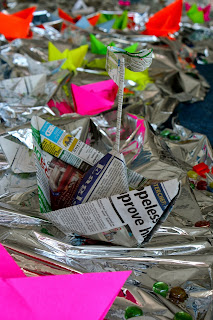 The boats were installed on a reflective surface the Transported Pop-up Shop in Boston. Participants had a range of delightful materials to work with, many of which had had another life or purpose. 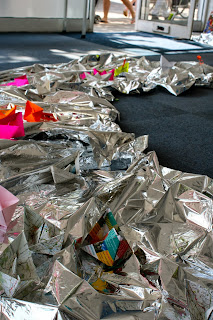 We included maps and stamps in order to draw out memories and reflections of travel, place of origin, destinations and dreams, all of which we saw as being at the heart of Transported. 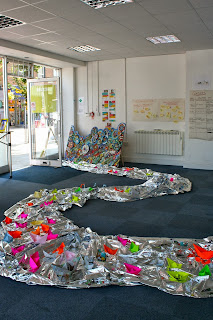 There are times when we all feel stuck but access to the arts offers people the opportunity to take the imaginative journeys, which can transform lives, enriching our interaction with the world and each other. The boats are a symbol of the journeys Transported Art hope to create and that the community can join with.

You can see Flickr sets from this activity here and here