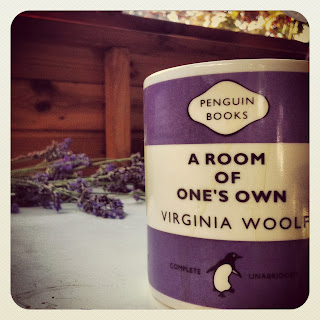 As one's practice as an artist develops it becomes increasingly vital to have a space to work in, a room of one's own, there comes a point when working in the bedroom becomes difficult. I didn't leave my parents' house for a very long time after graduating, we get on extremely well, I had no significant other and they had a lot of spare space. I was laughed at by many of my friends, who couldn't wait to leave home and be elsewhere but I loved being up in the attic rooms dreaming my dreams and making large, colourful, figurative paintings.

My second space was the front bedroom in my first house, but when my significant other and his three boys arrived in my life, that room became the room Iain and Adam stayed in at weekends and during holidays in the years of the Long Commute!

Through the wonderful Northamptonshire Open Studio network I and many other artists were able to secure spaces at a manageable rent at Barton Hall, my room was smallish, with a good view of the courtyard and next to an old bathroom. Not having the knack of being minimal, I soon found I had too much stuff and not enough space. The tenancy had always been on a temporary basis and I'd been there two years. I also found that I was doing more and more in Corby than Kettering and had moved on to schools projects and commissions in textiles and mosaics which required room to spread work out. 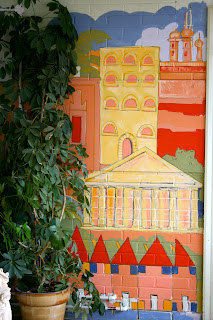 Whilst standing on a ladder, painting a mural in Beanfield Primary School, the Head Teacher came past, showing the new Deputy Head round. I had noticed a pair of bungalows at the school entrance which had been caretakers houses, they were empty and I enquired whether they might be available to rent. They were due for demolition (this took many more years to actually happen and the buildings were literally ripped apart by vandals and scrap scavengers) but she said there may be other spaces that could be used. 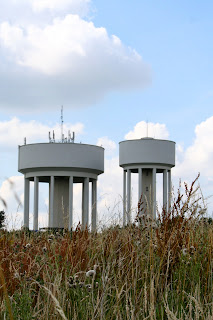 The Annexe was almost unused, there were four classrooms, a central space, toilets and a storage room,   each classroom had it's own sink and lockable cupboard, as I knew of other artists who might be seeking a space I arranged a meeting which was also attended by J Devereux (now Corby's Principal Cultural Officer). The rent was based on the rent I'd been paying at Barton Hall but was adapted to become an In Kind contribution of a set amount of days working with the school children and a peppercorn amount of cash. 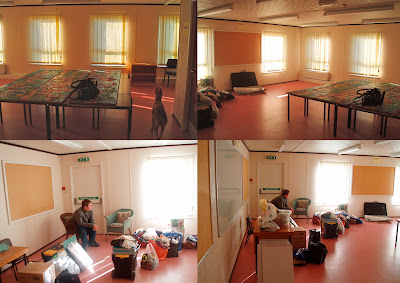 We began with 5 artists, which sadly became 3 due to the Head changing her mind about how the space was to be used, the vacated space became used for behavioural interventions. The way the two artists were asked leave made us aware of how fragile our tenancy in the Annexe might be. Clare Carney found that being based in Northampton and working in Nottingham made the space difficult to continue with. Clare's space became the art class and Jo Dacombe had to move from the room next to mine (with the good light and lino floor) to make way for school cookery lessons. 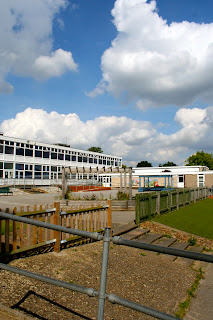 The middle space became a place for the children with behavioural issues to play in at lunch times - our world got a little noisier and we would pop out for lunch at Cafe Mozart or The Skylark Cafe. Through our spaces at Beanield Jo and I developed our collaborative practice, something that has vastly enriched my creative life and a chance conversation with the then Vicar of St Peter and St Andrews Church in Beanfield Avenue led to our three year project Fingerprints on the Pew. We had wonderful meetings with artists Sue Bonvin and Andrew Eden who inspired us to take our working models of Intenz and develop them as a full scale, mobile sculpture kit. We also had great meetings and social gatherings with the Corby Community Arts team, other artists, colleagues, friends and watched as Corby rose like a Phoenix from the fires of regeneration. Jo Dacombe and I had many animated conversations and screen printed miles of fabric. We initiated Undiscovered Networks, made maps, created walks, linked with new communities and forged ahead; we're forging ahead at The Green Patch Community Allotments in Kettering at the moment and you can read just why this project has been so timely on Jo's Blog 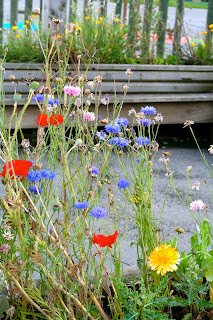 In my studio I created many mosaics and miles of wall hangings from children's artworks, I was able to buy a larger press, but never quite got round to using it. I was able to host workshops as part of the Back To Books Invisible Threads project and the room was full of happy, creative people. It was a breathing space, a sanctuary, a place with excellent energy, I loved being there during the summer holidays, when the grounds were quiet, the playground was a container for the sky and the windows caught the reflections of the passing clouds. 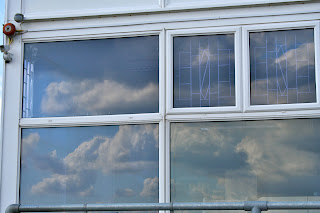 Meanwhile back in the Annexe a reheating kitchen was installed, huge extraction pipes crossed the roof and filled my room with the smells of reheating food. During my stay there were three site supervisors and the first, Peter was a gem, his passing was mourned by all. After Peter the spirit of the place changed, I once returned to find that all my kit had been moved into the middle of the room as no one thought it important to tell me the building was being rewired. 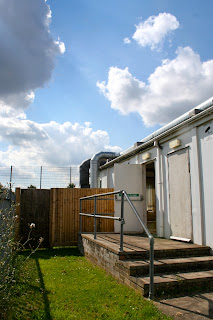 In 2010 it became obvious that changes were afoot, a new school sprang up in the field behind the Annexe with curvaceous sedum roofs and landscaped spaces, poor Beanfield began to look very battered and I felt slightly caged in as I sat at the fire door looking at their fenced off splendour. 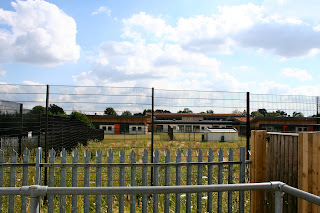 In late 2011 there was a new acting Head and rumours of Academy status for the school. Jo and I wondered about our position in the school but were assured that any change that might happen would happen slowly. 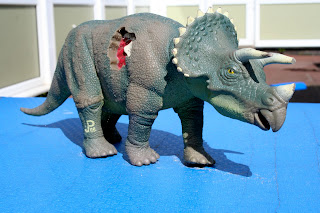 I began boxing things up, whilst keeping my everything crossed that I could remain. A week before the end of the summer term I was rung by the Site Supervisor who told me I would have to vacate my space. I'm sure he would have liked me to be out within the week but where would I go, where would all my equipment / work go, you can't magic a studio out of thin air. Thankfully the new Head (in post only 8 days) gave me an extension till August 13th. It was still a huge ask and a very stressful time. 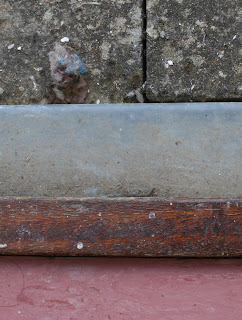 I don't have an off site space and have been clearing and refilling my loft and a variety of sheds, I have had to throw away work, frames, useful materials, fall behind on projects, upset a dear friend as I had no place for her to stay in a time of crisis. There are still things waiting to find spaces and decisions to be made about what to keep and what to ditch. Many thanks to the kind friend who sent roses to cheer me at the point when all was most unbearable and to my right hand woman Maureen Walvin, who has helped in every conceivable way! 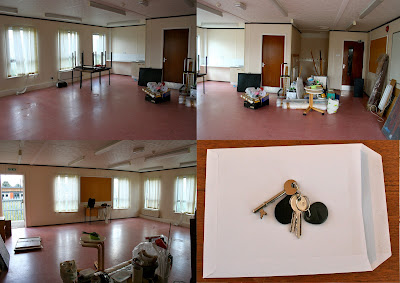 However the move has been made and the cull has been cleansing. I won't miss the yearly invasion of ants, and the winter visits from field mice but I have loved being in Corby, I loved my room at Beanfield and all the wonderful folk I have met and made friends with along the way. I'm not sure what's next but I am shifting things around, one box at a time! If you need me, you might just find me at the bottom of the garden.