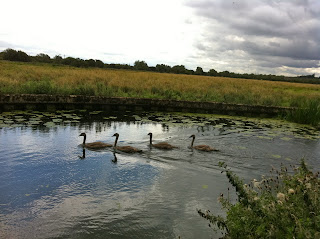 In August Mac Canonymous and I spent a lot of time cycling to get ready for the Bike Blenheim Pinkribbonride to raise funds for Breast Cancer Care. I went out on several solo expeditions round Geddington, Tywell and Cranford during the scattering of fine, warm days. It felt wonderful to be out with the birds, wildflowers and gently rolling, golden fields. Mac and I paid another visit, on two wheels, to Stanwick Lakes, there are only 7 miles of cycle paths in the country park, but there is a lovely visitor centre on the edge of the lake and the park itself is steeped in history. We started from Kettering, cycled to Stanwick Lakes, stopped for a picnic under this bridge near Higham Ferres then came back via Irthlingborough. 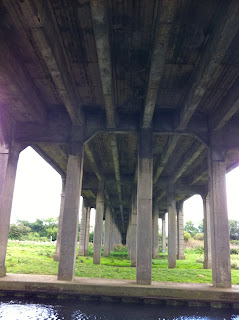 We also made another trip out and cycled along the towpath from Market Harborough to Foxton Locks, a mainly smooth ride, however most of the route is edged with trees and bushes, especially, hawthorne and bramble. Whilst pulling in to let another couple pass, my rear tyre made contact with several large thorns, so I was very glad to find that the Slime inner tubes Mac had recommended, really came into their own. 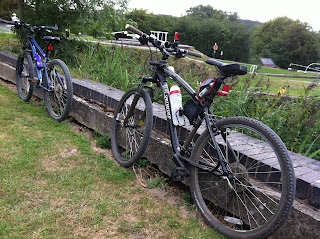 During the summer there was a festival of cycling at Wicksteed Park, some friends of mine used to come to the velodrome there in the 60's – I think the park is reopening it this year, but we couldn't find it. 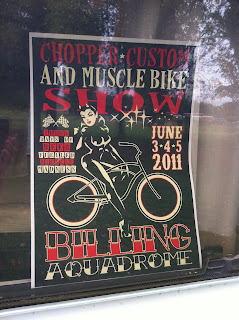 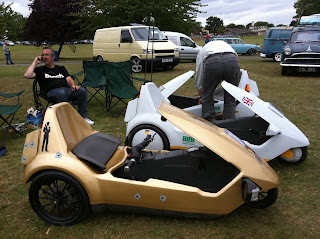 Although we arrived after most of the activity had happened but there were still a few sights to be seen! 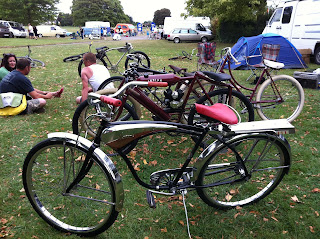 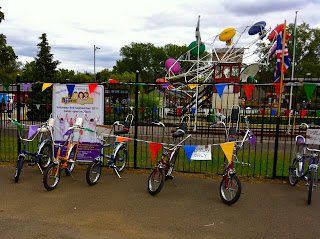 The Bike Blenheim event was a fabulous experience, very well organised and friendly. We arrived the day before and spent the hours before dusk following (and losing) the route and I must confess I was feeling pretty nervous. Mac had told me that the route wasn’t particularly hilly – hummm – it looked,to me, as though there were some pretty significant hills all the way round the circuit! Our hotel was reasonably priced but the room was deeply disappointing, hot noisy and cramped but the breakfast was good, setting us up for the rest of the day. There was a slight drizzle to greet us, the morning stayed overcast and cool, by the time we reached the Start line the butterflies had truly kicked in; I hadn’t done enough practise, I had put loads of weight back on (how did that happen with all this exercise), I was wearing pink, I hated hills…….then the horn sounded and we were off! 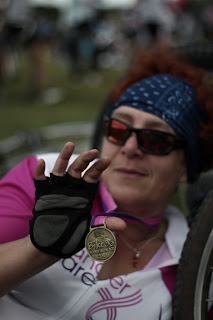 I found some parts hard, but I wasn’t last, I came in somewhere in the middle. Towards the end of the ride Mac was behind me shouting encouragement – I felt a bit guilty as he could have got round much faster without me. I didn’t do too badly on the hills, but I lack physical confidence so I tend to pedal like mad up hills (to get it over with as soon as possible) and coast down on the brakes as I hate feeling out of control, perhaps, with practise, I’ll improve! The countryside was amazing, as were the really, really fit, fast cyclists doing the Sportif. We both thoroughly enjoyed the whole thing and raised just over £500, it doesn’t seem enough, especially as 1 in 8 women are affected every year. 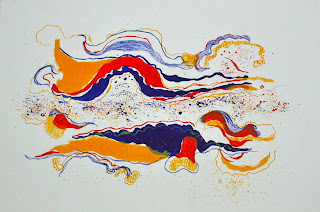 I’ve also been lucky enough to spend some time looking through the Birgit Skiold Archive. There is something very intimate about looking through prints without frames or mounts and it was also wonderful to see the artist's progression through form and content. 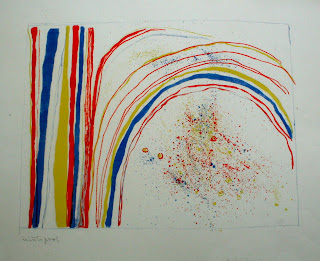 Some images conjure up a particular time and place, mood or thought, others are so subtle you almost miss their quiet power. Birgit Skiold died from cancer , found during a hip operation, she was only 59 but had a huge impact on print makers though out the world. You can find out more about her life and work here 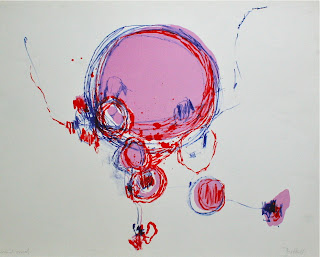 In between the cycling I spent studio time with Jo Dacombe working on our Miles & Dacombe projects, 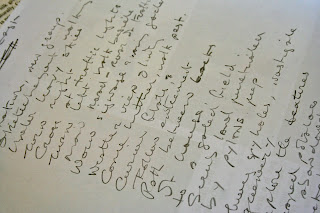 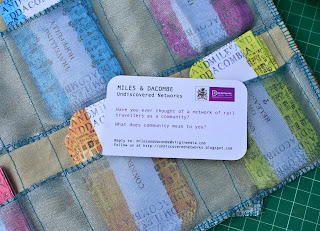 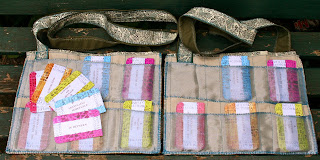 postcards and bags for our Ticket exchange day at Whatstandwell You can read more about the day on our Undiscovered Networks Blog.I had a a brief browse through the delights of Cromford and Cromford Mill before we made our way home. 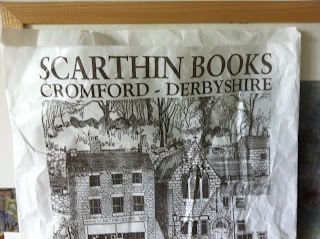 Mac Canonymous came with us and has been busy putting together a film which will conjure up the spirit of the day. All the people we met were absolutely lovely, very willing to engage with us and share their travelling tales. I have fallen in love with Derbyshire and can't wait to explore it further!